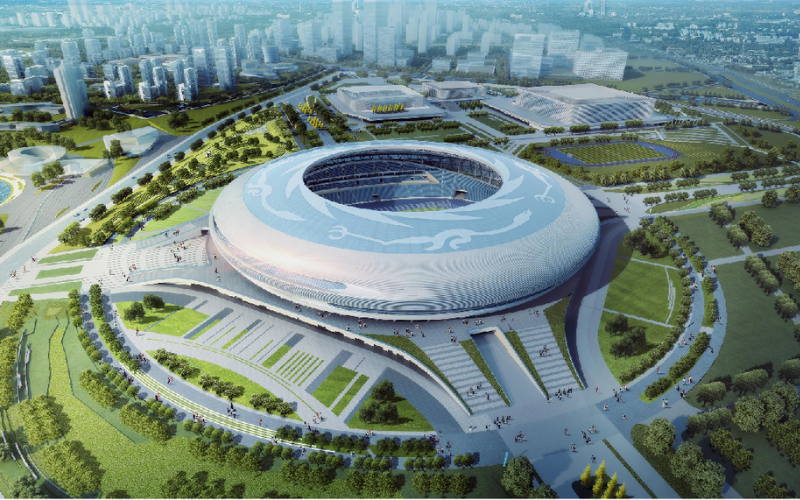 World University Games moved to 2022 due to COVID-19 pandemic

The event will retain the same name and logo, and the International University Sports Federation (FISU) said the decision had been made "to protect the safety and health of all people involved including athletes and the citizens".

Chengdu 2021 had been due to begin on August 18 - less than five months away.

Given that China's border is largely closed in response to the pandemic, the Games' postponement is no great shock despite the number of new COVID-19 cases reported across China being low.

In a statement, FISU highlighted that many students had been unable to train for the Games due to university campuses and sports facilities having faced lengthy closures.

The organisation added that the FISU Executive Committee felt the likely improvements in the public health situation over the next year would be such that an event in 2022 would be considerably more likely to offer the experience that FISU aims to deliver.

The FISU said this would help to achieve its aim to positively shaping the leaders of the future through their experience of international university sport.

No dates have been confirmed yet for the 2022 event.

It is the third time the dates for the Games have changed.

The Games was originally scheduled to take place from August 8 to 19, before being moved to August 16 to 27.

The postponement of the Tokyo 2020 Olympic and Paralympic Games had forced another alternation, with the dates shifting to August 18 and 29.

The Games now faces the biggest change with the move to 2022.

It will be the third time that China stages the event, after Universiades in Shenzhen in 2011 and Beijing in 2001.

A total of 18 sports are due to take place at the Games.

The postponement to 2022 now means the Summer World University Games are due to take place in consecutive years for the first time, which the Russian city Yekaterinburg due to host the 2023 event.

It is the second time in recent months that FISU has had to postpone a flagship event, after the Lucerne 2021 Winter Universiade was pushed back from January to December of this year.