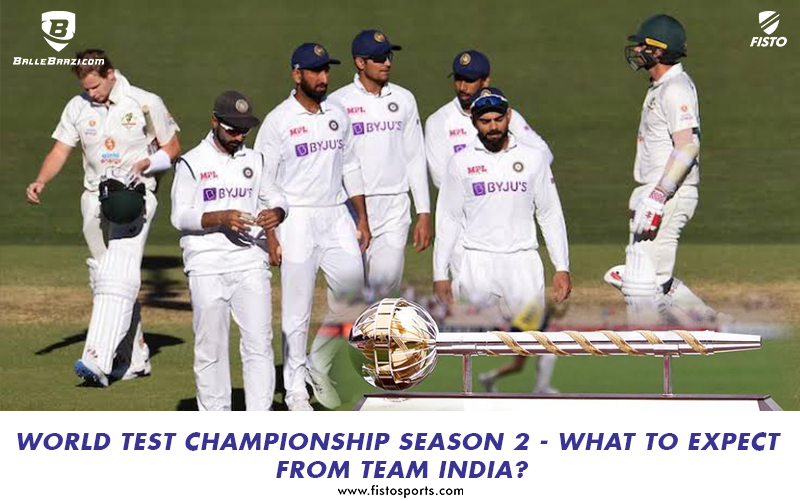 After a brilliant display in the inaugural World Test Championship, Team India is ready to start their campaign for WTC-2 (2021-2023) from August against England.

Team India will be playing 19 test matches against 6 different opponents in the 2021-2023 WTC cycle.

Team India will be playing Australia, New Zealand and Sri Lanka at home while they’ll travel to England, South Africa and Bangladesh during the course of WTC 2021-2023.

Here are the details of individual series:

India will tour South Africa between December 2021 to January 2022 for a three-match series.

The series against Bangladesh will be held in the month of November in Bangladesh. They will play two tests in this series.

Australia will tour India between September and November 2022 for a four test match series.

India will play two Test matches against New Zealand at home in November 2021.

India will host Sri Lanka in February-March 2022 for a three-test series.

The point structure for this WTC is as follows:

4 points for a draw. 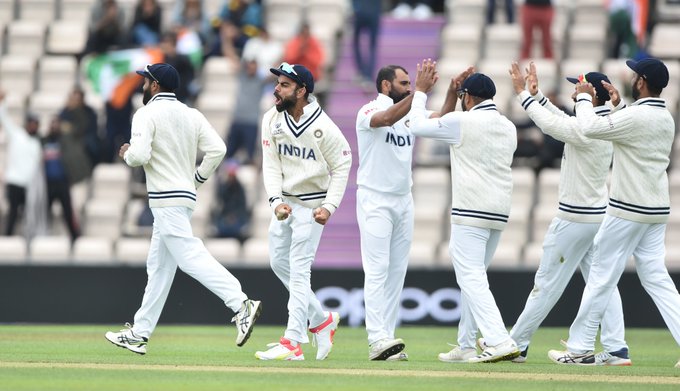 Team India has once again decided not to play Pakistan in the second WTC cycle. They have also chosen to play against Sri Lanka in place of West Indies whom they toured in the first cycle.

The schedule for India looks almost the same as the first WTC cycle in terms of the opponents they will be facing.

While last time they travelled to Australia & New Zealand, this time they are travelling to England & South Africa which makes the difficulty levels almost similar.

However, this time they are travelling England and historically it has always remained the toughest series for Indian Team.

The swinging overcast conditions will be quite tough for Indian batters. Considering the fact that India has to play 5 games here, it will be a make-or-break series for India in WTC.

A poor performance here can really put them behind.

The scoreline in 2014 was 3-1 and 4-0 in 2011 which clearly shows why England tour has always been the most challenging tour for the Indian Side.

While the South Africa Series too won’t be easy considering their rattling pace attack and India’s past record.

Indian batters have regularly failed to deliver in South African conditions while bowlers have done a pretty good job in the last two tours.

If they do well in England and South Africa and earn a handful of points then the remaining four series could easily give them a chance to qualify for the final one more time.

India has always dominated Australia in Indian conditions and given the recent form of Australia it doesn’t look like they will challenge India a lot.

4 tests against them in India means a lot of points to be grabbed.

Bangladesh in their home conditions can be tricky but the Indian Team needs to find ways to get a series win here as well to stand tall in the points table.

If we look at the current form of Sri Lankan Team, it is quite easy to say that the home series against Sri Lanka will be the least challenging for Indian Team in this cycle.

In terms of available points, it will be really crucial for the Indian Team to perform well in the series against England and Australia as well. They have 60 & 48 points on stake respectively which will decide the future of India in WTC 2021-2023.