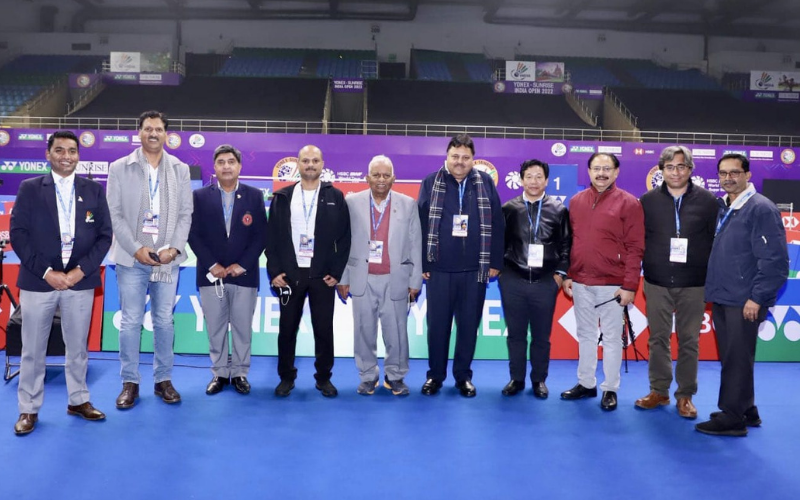 Press Release
Share
As the 10th edition of the Yonex-Sunrise India Open comes to a close on Sunday, the Badminton Association of India's core group looking after the preparations can heave a sigh of relief that the tournament which kicked off the 2022 HSBC BWF World Tour season was completed successfully.The hiccups in conducting the $350,000 prize money event started with uncertainty over the clearance for the tournament due to escalating Covid-19 cases in the National Capital at the start of the year.With several officials part of the organising committee testing positive in the precautionary procedures laid out as per guidelines before coming into the tournament. "By the time the tournament week started a small core group was responsible for pulling off this event and I ammore relieved than happy that we pulled this off," said BAI Secretary General Ajay Singhania.The Yonex-Sunrise India Open 2022 is being held after a gap of two years following the Covid-19 outbreak in early 2020.While the first two days witnessed a smooth sailing, seven Indian players returned positive results in the mandatory RT-PCR tests, not only throwing the pre-quarterfinal schedule haywire but also leaving the officials with another task to deal with.The said players could not stay in the official hotel after testing positive and had to be accommodated elsewhere. "Sending them to a government hospital for quarantine was risky. But thankfully we somehow managed to convince a city hotel while most refused to host these players," Singhania added.The other major area of concern for BAI was hunting for a host broadcaster in a short span of time as the previous contract had expired."Sony came on board to show the matches and we are grateful to them. It was a touch and go situation but things fell in place even if last minute," he added.The action will now move to Lucknow for the Syed Modi International next week and then the Odisha Open.BAI is confident that the three-event Indian circuit would provide the perfect start to the new international badminton season despite the challenges of Covid in the country.