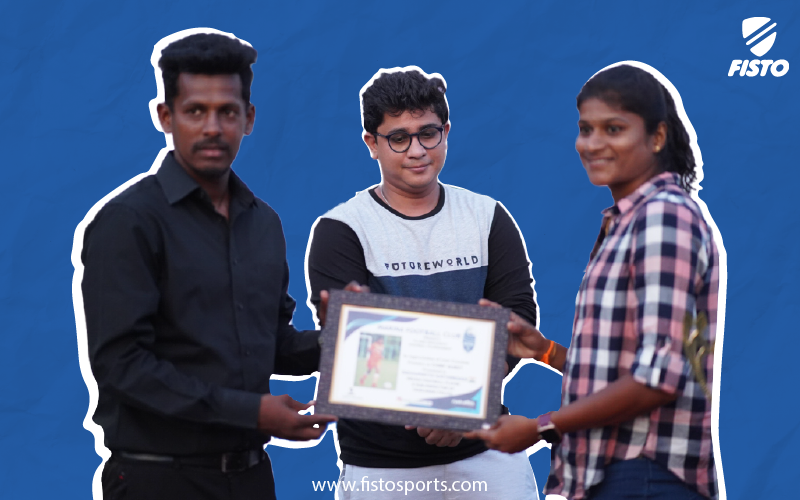 AVP FC edged out the KK Nagar FC 1-0 to lift the title at the U-15 boys 7’A side knock out football tournament title organised by the Marina Football Club. R.Yuven’s strike being the difference between the two sides.

Football, the very definition of sports in Chennai started off in the 19th century and continues to grow until today as one of the prominent sports in the state. Besides encouraging competitive spirit and sportsmanship, it brings players together, exchange ideas, information and skills. In keeping with this spirit, Marina Football Club organised a 7-A-side Knockout Football Tournament in Mugalivakkam, Chennai. 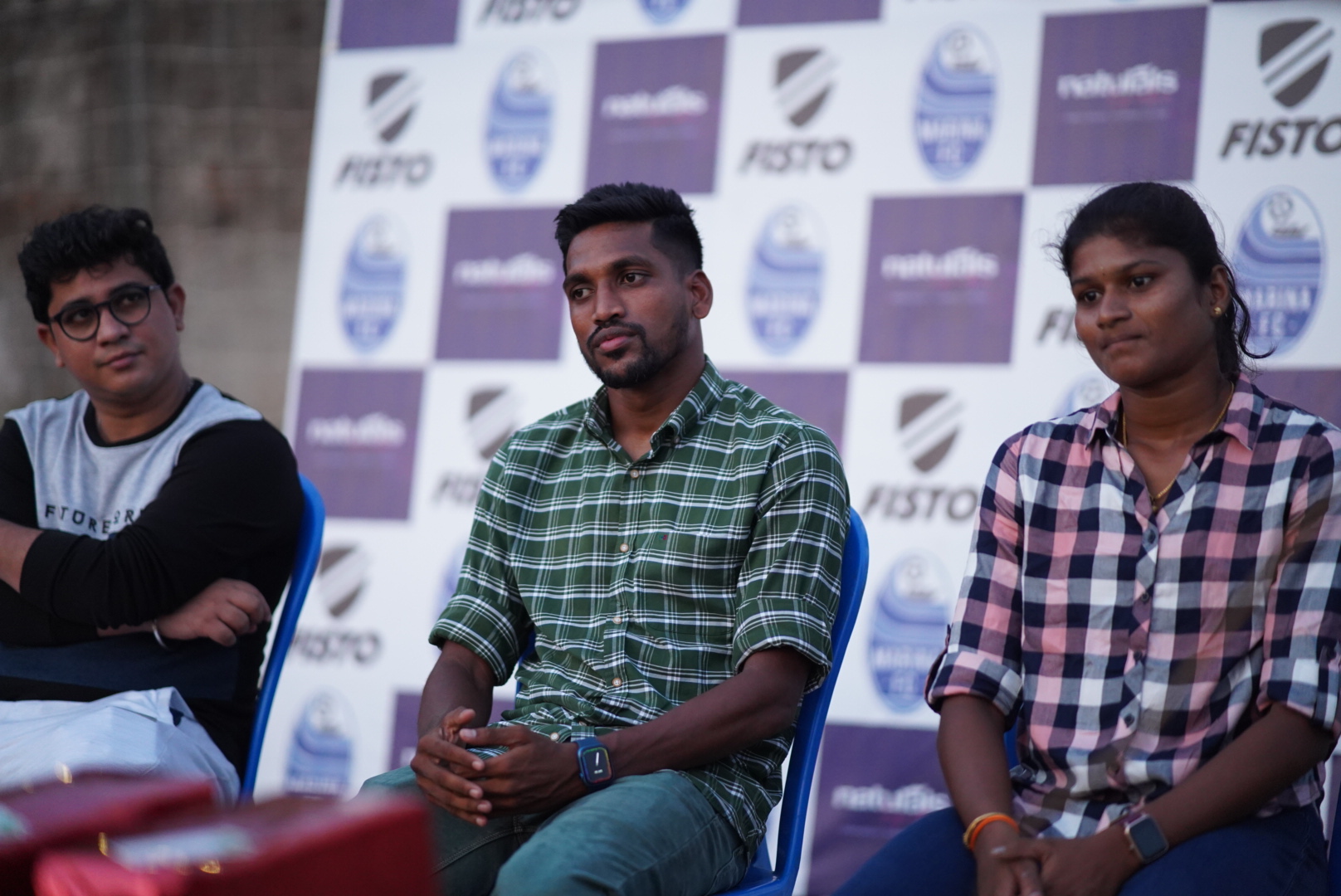 A total of twelve teams participated in the tournament. The final game of the tournament saw AVP FC and KK Nagar FC were battling it out for the coveted title. The match was a well-fought one with each side displaying determination and excellent skills of ball control. However, AVP FC had the last laugh as R.Yuven, who scored the only goal of the game, turned out to be the match-winner as the defenders kept the opposition at bay to run away with the trophy.

Aariyaman has been adjudged as the ‘Best Player’ of the tournament, while Deepak rewarded for his great performance under the goalpost as he bagged the ‘Best Goalkeeper’ award. 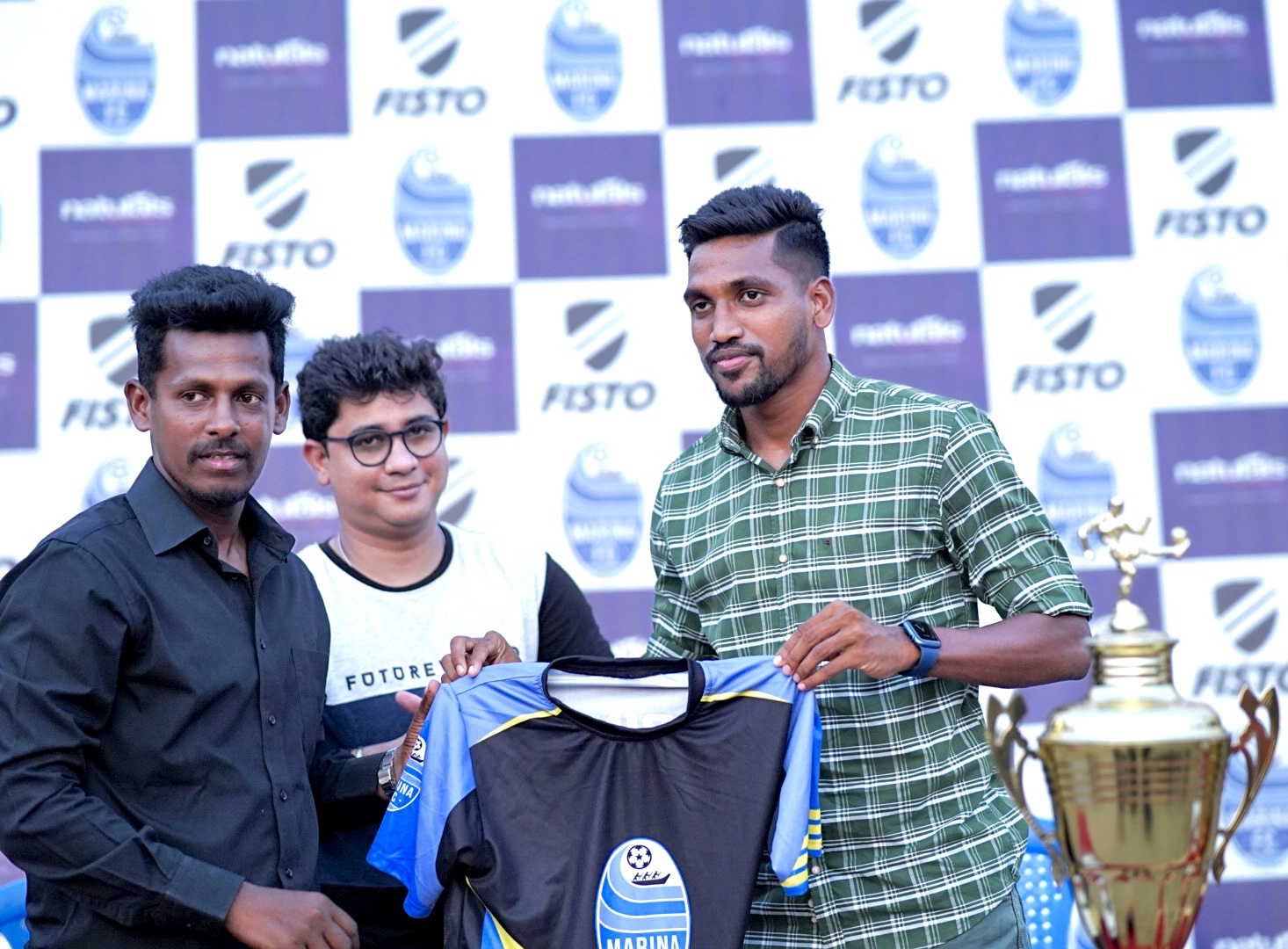 Odisha FC’s Nandhakumar, Sethu FC’s IWL winning captain Indhumathi Kathiresan and DMK Counsellor Mr. Selvendiren (156 ward) were the chief guests for the day and later gave away the prizes to the winners and runners-up in the presence of club members and other dignitaries.

The winners and runners-up of the event were awarded a trophy, medal and individual gifts. Overall, the 6-day tournament experienced utmost sportsmanship and entertainment and more importantly, it presented a fantastic opportunity for the youngsters to showcase their talent and gain valuable experience.