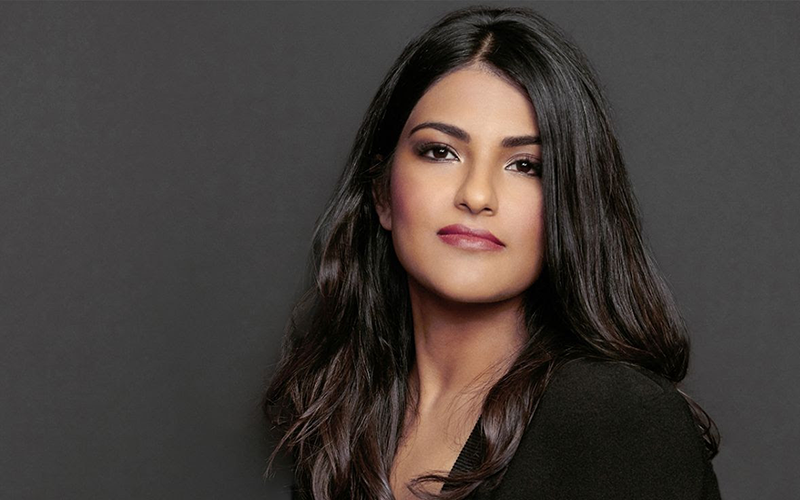 Zilingo’s Ankiti Bose to appear in The Apprentice: ONE Championship Edition

As the sports world takes a break due to the ongoing COVID-19 pandemic, the world’s largest martial arts organization, will be foraying into reality content for the first time.

Having revolutionized fashion business through her start-up Zilingo, India’s entrepreneurial genius Ankiti Bose is now all set to join the largest global sports media property in Asian history, ONE Championship™ (ONE) as one of the 12 guest CEOs on its ambitious reality show, The Apprentice: ONE Championship Edition.

Slated to start at the end of the year, The Apprentice: ONE Championship Edition will be an adaptation of the popular American show, The Apprentice, but with a fresh concept. Billed as a “high-stakes game of business competitions and physical challenges, this brainchild of ONE Championship Chairman and CEO Chatri Sityodtong will witness 12 of Asia's top CEOs as guest judges, one of whom will be the Mumbai-born Bose.

Bose’s out-of-the-box ideas, ability to take risks and her fantastic entrepreneurial skills have made her a pillar in the business of fashion. Starting her career as a Management Consultant with McKinsey & Company before joining Sequoia Capital as an investment analyst, the 23-year-old Bose co-founded Zilingo as a fashion and beauty tech and commerce platform in 2015. The Singapore-based Zilingo has since transformed itself into a platform centred on empowering small enterprises. By focussing on merchants, she changed the existing norms of the fashion business industry and helped her company raise over US$ 300,000,000 to become one of the largest B2B commerce businesses in Asia.

“It is my honor to announce that Ankiti Bose, co-Founder and CEO of Zilingo, has been confirmed as one of the 12 guest CEOs on The Apprentice: ONE Championship Edition. Ankiti is a truly inspiring young woman who was able to convert her dream into reality. Her business acumen is absolutely incredible and I have no doubt she will be a huge inspiration for our 16 contestants. I am excited to have Ankiti on the show,” said Sityodtong.

The young business leader will judge 16 contestants who will vie for a once-in-a-lifetime prize money of US$250,000 and a job under the mentorship of Sityodtong at ONE Championship Global Headquarters in Singapore.

Bose’s efforts and success have been recognized on major award platforms including a feature in Forbes Asia 30 Under 30 list in 2018. Her passion for mentoring aspiring entrepreneurs and help small businesses flourish make her an ideal choice to be one of the judges.

“I am thrilled to join Chatri on the show. This is a very exciting format and a great business idea and has all the potential for a success story. The Apprentice: ONE Championship Edition is also a great platform to inculcate the bright minds which I am really looking forward to. It will be one of the most exhilarating experiences for the contestants and we hope to discover some of the brightest minds among them,” Bose said.

The Apprentice: ONE Championship Edition will be available on both streaming and linear platforms across the pan-Asian region, apart from major television networks in 150 countries where it is expected to have a 4 billion potential broadcast viewership reach.

Away from home, ONE Championship athlete Ritu Phogat keeps herself busy with yoga, movies and books