Why Northeast really is the India's sporting capital

In a sporting world that is increasingly ruled by globalisation and commercial deals, Northeast India represent heritage and tradition.

Northeast India, the part neglected and often questioned on its connectivity to the rest of the country, has recognized India amidst the sporting nations and has put the country evidently on the sporting maps of the world. Upshot by abandonment and underdevelopment, the everyday life in Northeast India is a tough row to hoe and the residents are most often pushed to flee to other states in pursuit of employment and ways to make a living. The political issues due to immigration and physiological issues due to the composition has diversified the region comprising eight states from the rest of the country. The inhabitants with distinguished features are not well-received by the other states and are even often slighted with names such as “Ch**ki”, “Chineese”, "Momo" and "Chowmein."

The state boasts a deep pool of talents

Anyhow, none of this negligence seem to have forbidden the establishment of a strong sporting culture which is comparatively better off than in most of the metropolitan cities. The number of football clubs based on Northeast speaks up for the love of the game in India. Football and Boxing being the beloved sport in the state, speaks for the number of football clubs based on the region. Martial arts has also gained prominence in the state.

With the upsurge of sporting talents, the region comprising eight the states that accounts to 3.7% of the Indian Population has turned out to become the sporting hub of the nation pumping in World class talents and hosting International tournaments. 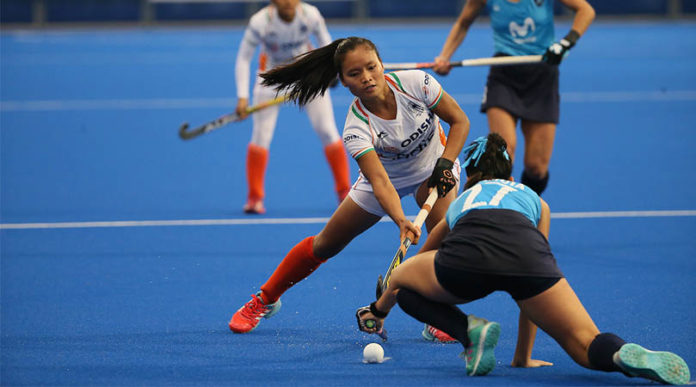 19-year-old Lalremsiami is creating ripples in the hockey fields.

Some of the best sporting talents India adorns hail from Seven Sisters of India. Mary Kom, India’s only women boxer who holds an Olympic medal, Indian’s greatest footballer Baichnag Bhutia, Dr. Talimeren Ao India’s first football captain who led India into the quarter finals of the World Cup, Mirabhai Chanu, India’s second weightlifting Champion,  Dipa Karmakar, who bought Gymnastics into the country’s limelight and the likes of Hima Das, Jeremy Lalrinnunga and Lalremsiami have pushed the bars and plunged India into the competitive world sports  are inhabitants of Northeast. None of the ISL or the I-League teams are noted to have gone by without footballers from Northeast India and the same goes with the Indian hockey team in the recent times.

The fight for sustenance, has eradicated the gender disparity prevalent in other states. Sports is well-received and has traversed through the boundaries of a sport and has been adopted as a culture. The exemption from the government policies has never hindered the Northeast from demanding funds for the development of sports amongst the youth.  The state of Assam’s expenditure on education and sports at 35% is over the national average of 16%. The Northeast demanding 9% expenditure from the Khelo India Scheme tops the other Indian states. 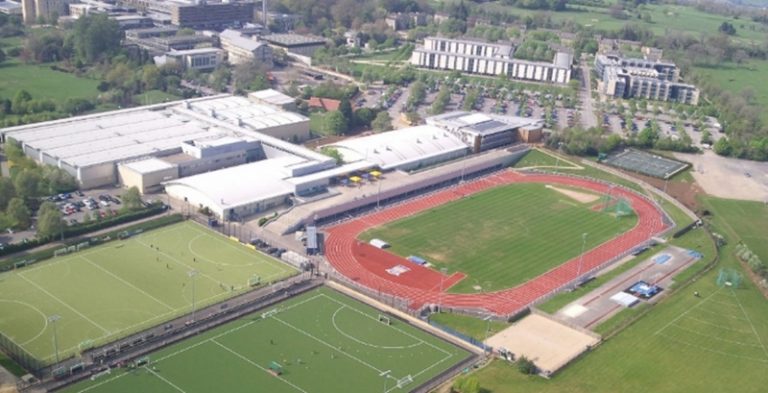 The university will give the much needed boost for young athletes from the region.[/caption]   This humongous passion of the natives saw the region hosting India’s first Boxing national Championship after the formation of the Boxing Federation of India and the region also witnessed six of the FIFA U-17 World Cup matches. That was the first sporting event organized in NE after 9 years.

The government on realizing the potential, has set up two SAI Regional Centers and India's first Sports University in Imphal, Manipur and over 14,000 Northeasterners are noted to have been trained by the SAI Facilities. There are various schemes drafted to improvise sports in NE India. Assam and Manipur have synthetic athletic tracks that is efficient on all weather conditions.

Despite the numerous negations and complications, they face on everyday basis, Northeast India has been the powerhouse of Indian sports producing a number of talents who have glorified India at the International level. Even in the modern era the other states continues to shock India’s sporting scene by overachieving.

The inhabitants often considered least an Indian than the other citizens have if at all proved to be more of an Indian than every other statesman and has undoubtedly justified it's title, "the un-official sporting capital of India." In a sporting world that is increasingly ruled by globalisation and commercial deals, Northeast India represent heritage and tradition. The drive to stay loyal to its values to the point of cynicism and yet enjoy years of relevance with local resources are what make this state special. To give the nation a Cathedral of unity than toxic nationalism is the state’s hallmark.