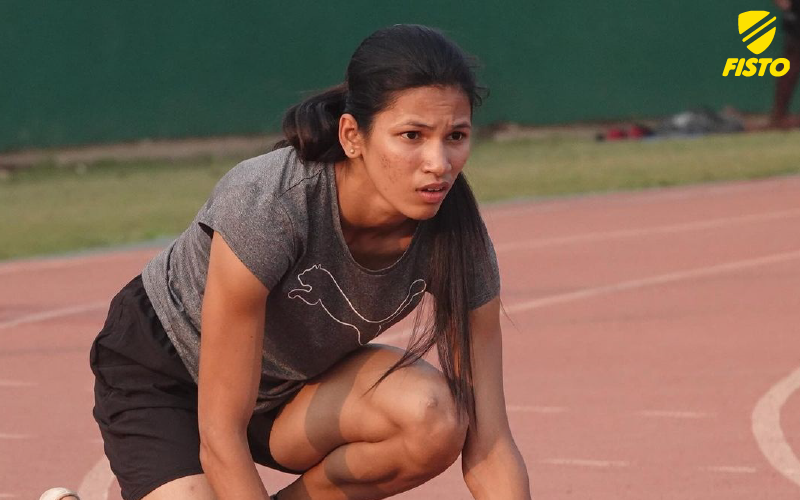 As far as hype and anticipation go in watching someone running and jumping over obstacles at speed aka hurdles, Jyothi Yarraji of Andhra Pradesh is at the top of the list.

Young athletes – notably hurdlers – are perennially plagued by connotations of inconsistency. However, the 23-year-old Jyothi Yarraji is arguably an exception to the rule, evidenced by her performance in the recent times in which she holds the four best times by an Indian women’s 100m hurdles.

Earlier this month, the youngster became the first Indian to go under 13 seconds in the women’s 100m hurdles by breezing past the finish line in 12.82 seconds at the 61st National Open athletics championships.

If you're wondering why that timing is impressive, cue this:

Jyothi is the first Indian woman to run the 100m hurdles in under 13 seconds.

She is the second-fastest Asian 100m hurdler this season - only Japan's Mako Fukube has run faster (12.73s.).

She was just 0.05s short of qualifying for next year's World Championships.

As her numbers have shown, Jyothi has all the tools necessary to be a superstar in the track and field. We all can’t hide the fact that this 23-year-old is poised to stand tall among the greats in the future.

Born on August 28, 1999, in Visakhapatnam (Vizag), Andhra Pradesh, Jyothi Yarraji, like many former and contemporary Indian athletes, grew up with limited means.

Her father, Suryanarayana, works as a private security guard while her mother, Kumari, is a domestic help who works part-time as a cleaner in a city hospital. Combined, they earned less than Rs 18,000 (US$220) per month.

Jyothi, however, was destined for better things and she was set on that path during her days at Vizag’s Port High School Krishna. Her physical education teacher felt she had good height to be a hurdler and there was no looking back.

Taking care of her parents was a big motivation behind her taking up athletics.

“I want to be able to take care of my family on my own,” Jyothi Yarraji, who also studies BA History at the Acharya Nagarjuna University, told The New Indian Express.

In 2015, Jyothi Yarraji first came into the spotlight after winning the gold medal at an Andhra Pradesh inter-district meet. The following year, she moved to the SAI Centre in Hyderabad to train under coach N Ramesh, an Olympian and Dronacharya awardee. 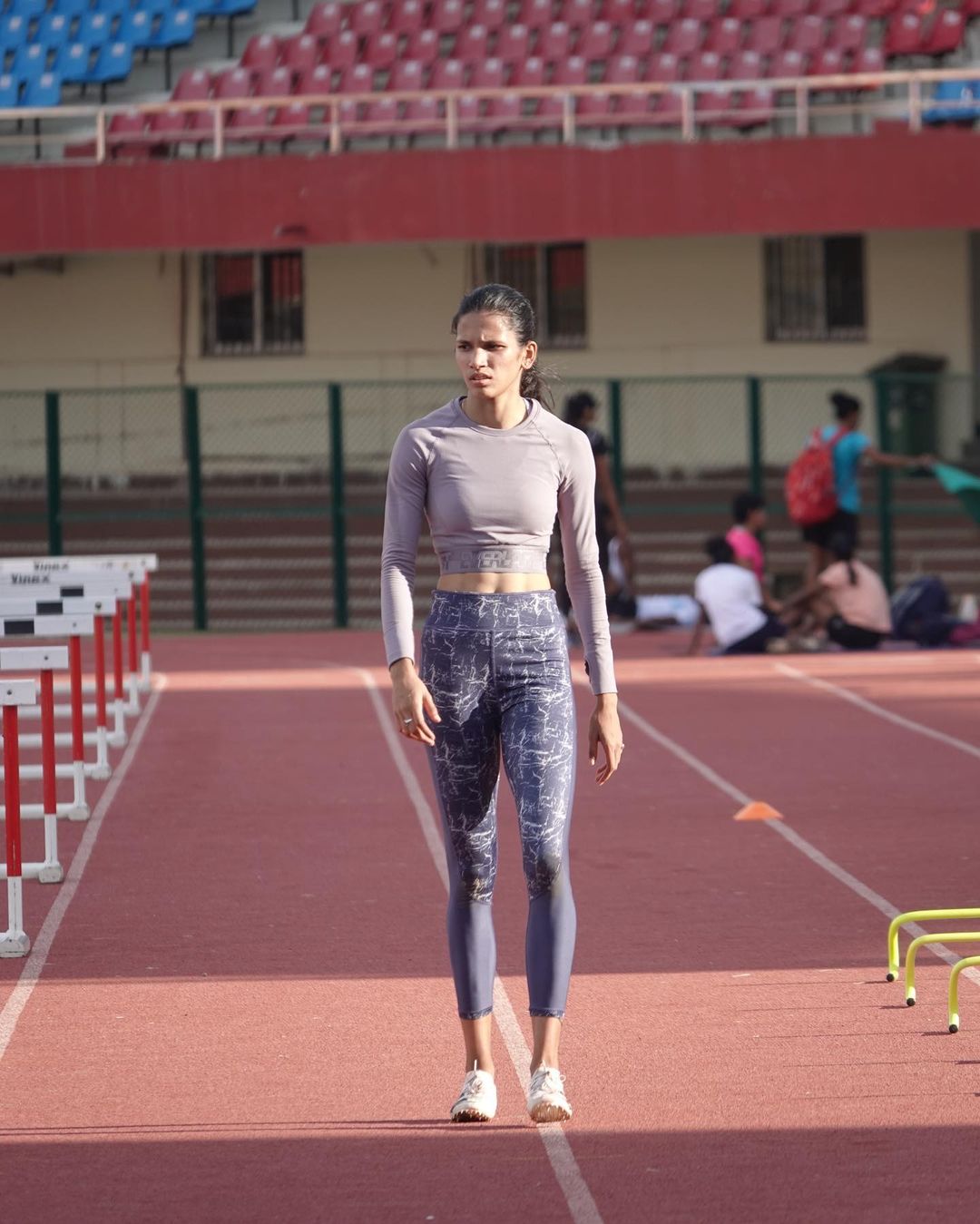 Though she didn’t set the world alight, Jyothi consistently won medals in junior and senior national meets. After two years at the Hyderabad SAI Centre, she got the opportunity to join the Centre of Excellence at Guntur, but the facility was closed abruptly.

In 2019, Jyothi moved bases to the Odisha Athletics High-Performance Centre in Bhubaneswar, where she came under the influence of British coach James Hillier.

Jyothi Yarraji’s progress under James Hillier took little time to show as in January 2020, she clocked 13.03 seconds to win gold at the All India Inter-University athletics meet in Moodabidri, Karnataka.

The mark was enough to hand her the Indian women’s 100m hurdles national record, but it couldn’t be ratified into the official record books. This was because the National Anti-Doping Agency (NADA) did not test her before the championship and neither was there any technical delegate from the Athletics Federation of India (AFI) at the event - both prerequisites to log an official timing.

She then went on to win another gold at the Khelo India University Games in February 2020. 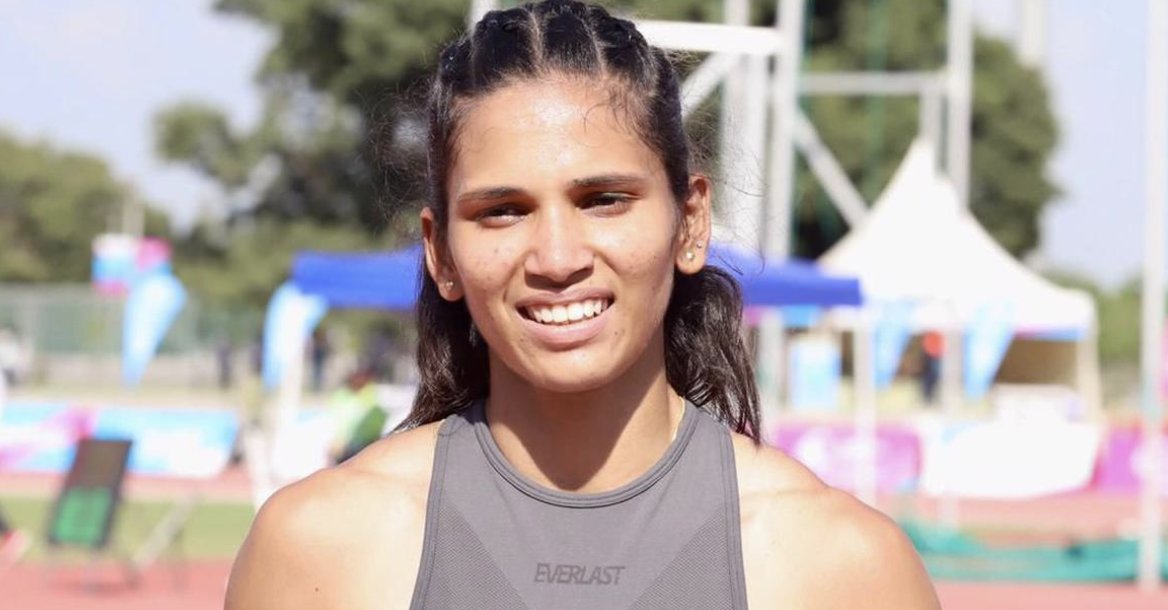 Things took a further downward turn after she was sidelined for months with a back injury. And by the time Jyothi returned to training, things had become complicated.

“She had no confidence because she had injury problems,” James Hillier told the Indian Express. “She was scared of hurdling at that time. In our first session, the single hurdle was at the lowest setting. She didn’t even want to go over that.”

It took a lot of patience and effort from James Hillier and his team to restore Jyothi Yarraji’s confidence and physical strength. However, when she returned to action, she was better than ever.

After missing almost the entire 2021 season, Jyothi Yarraji gradually built up momentum in 2022. Starting in the 13.7-second range at the All India Inter University meet in Bhubaneswar, the youngster kept improving her timings.

Jyothi Yarraji clocked another national-record setting time of 13.09 seconds at the Federation Cup in Kozhikode but was yet again denied the official mark because it was a wind-assisted run. The wind speed during her race read +2.1m/s - a hair over the acceptable limit of +2m/s required for a national record.

Denied the record not once but twice for reasons beyond her control saw Jyothi break down in tears at Kozhikode just after the wind reading flashed on the board.

“I tried to explain to her that on both occasions she had only been denied by bad luck. And that was a good thing because luck tends to average out over a career,” Hillier later recounted to The Hindu. 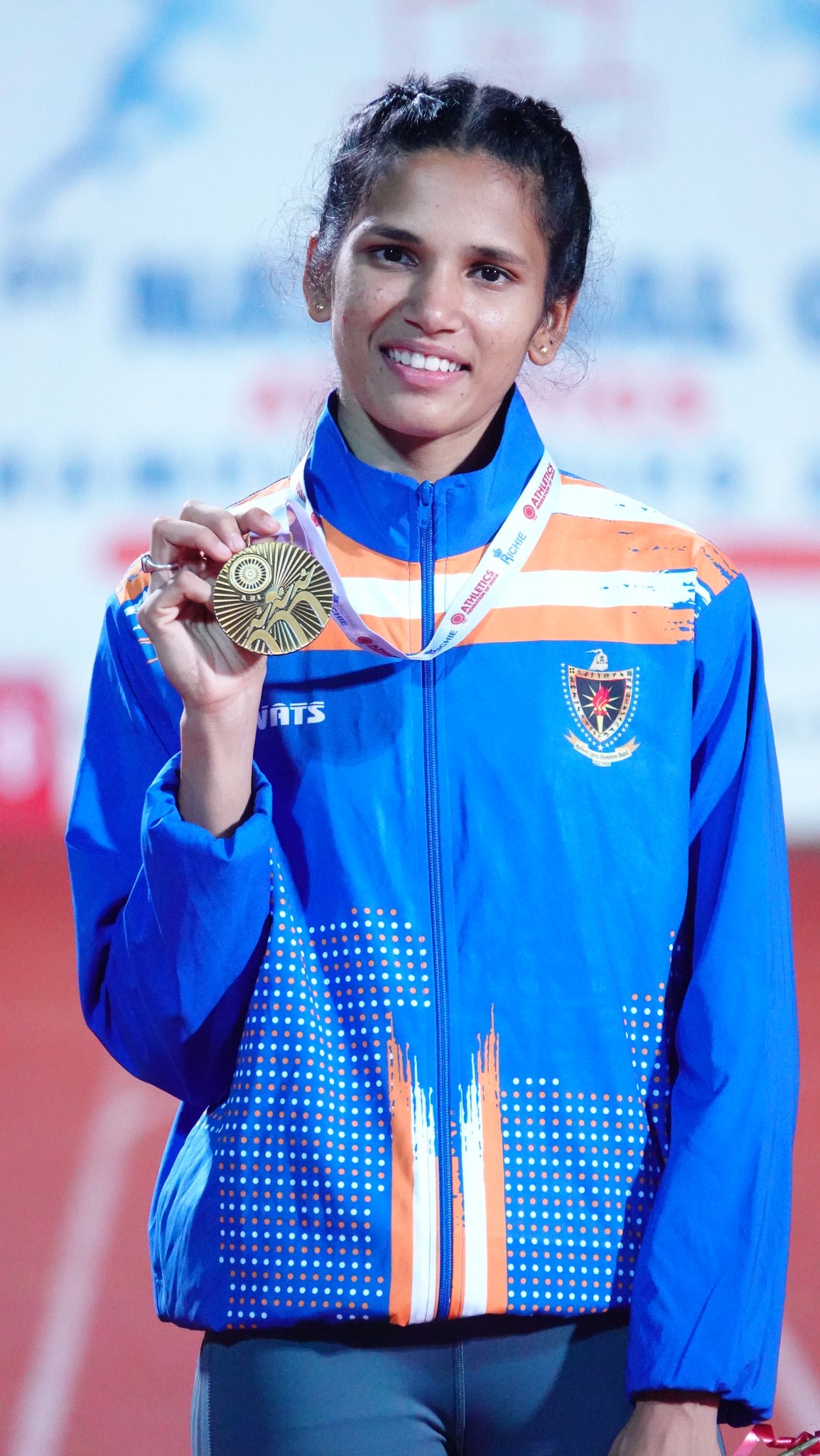 As it turned out, Hillier was spot on and Jyothi would go on to finally make the official record her own in the very next event, that too at a special meet.

Marking her international debut at the Cyprus International athletics meet in Limassol on May 10, 2022, Jyothi Yarraji finally pocketed the women’s 100m hurdles national record with a timing of 13.23 seconds, shattering the previous mark of 13.38 set by Anuradha Biswal way back in 2002.

It was a fantastic race by the Indian, who recovered from a poor start to win gold at the meet.

“In India, they use a manual gun to start the race but in Europe, they use an electronic starter. I was not familiar with the sound it makes so I didn’t realise when the race had started. I only started running when I saw the other athletes start,” Jyothi Yarraji explained to The Hindu.

With a reaction time of 0.243 seconds, Jyothi was the slowest runner off the blocks at the meet by a big margin.

Over the next month, Jyothi Yarraji, a big fan of sprint legend Usain Bolt and India’s Tokyo 2020 Olympic champion Neeraj Chopra, bettered her own mark twice.

After a 13.11s gold medal-winning run at the Loughborough International in the UK in May, she cut it down to 13.04s at the Harry Schulting Games in the Netherlands only four days later.

The Commonwealth Games 2022 in Birmingham turned out to be a disappointing one for Jyothi Yarraji, who failed to make the cut for the final after finishing 10th in the first round.

The Indian hurdler, however, ended the 2022 season with a flurry as she won gold in the 100m hurdles at the National Games with a new personal best of 12.79s, which made her the first Indian woman to dip below the 13-second mark in her discipline. Unfortunately, though, it didn’t qualify as a national record as the wind assist during the run was +2.5m/s.

At the National Games 2022, Jyothi Yarraji also bagged the gold in the 100m, a non-regular event for her, after beating Dutee Chand and Hima Das, two of India’s premier women’s sprinters. Her timing of 11.51s also set the new National Games record.

Jyothi Yarraji bettered her own national record one more time at the National Open Athletics Championships 2022 in Bengaluru, as she clocked 12.82s, under permissible wind assistance, to win the gold medal.

There were in truth some elements of naivety in the beginning, but Jyothi is now very firmly established at the top end of the sport. Passionate about the world he has entered, a desire to change many aspects of it. Many of her fellow athletes will feel she is doing exactly that.