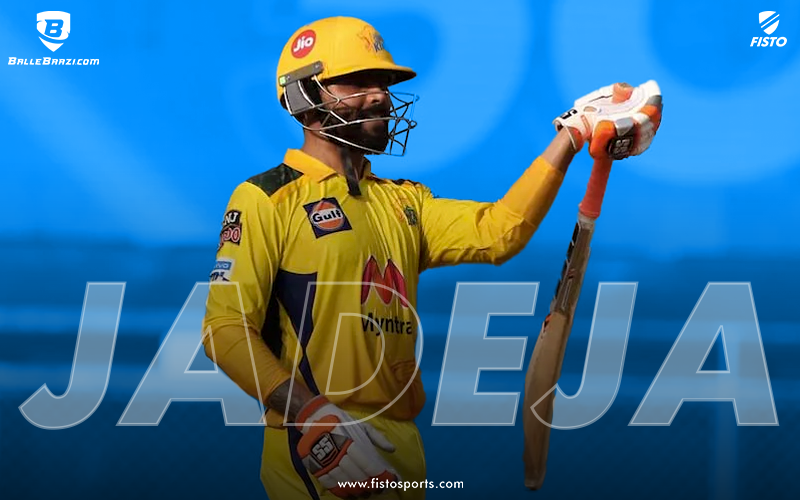 Ravindra Jadeja, hailing from Gujarat has high respect and command over cricket. He started his journey with the Saurashtra Cricket team and rose into prominence after his show at the U19 world cup against Pakistan picking up 3 crucial wickets. He is also one of the very few to hit 3 first-class triple centuries. When he became an essential part of the squad after match-winning performances and also became ICC NO:-1 ranked bowler from India after Anil Kumble due to his contributions against Aussies in India. But during the ICC champions trophy 2017 match against Pakistan, he ran out Pandya who was batting brilliantly. This created a lot of negative trolls and remarks against him. But he came back strongly as ever.

IND VS PAK games are always of high intensity as millions of people watch and follow the game closely. Due to the escalating tensions between the countries, these games are like a battlefield where players fight every ball. The drama intensifies when it is a final of a Major tournament (Champions Troply 2017), India was on the verge of a heavy defeat. Pandya had other ideas as he came in and played a gem of an innings, Jadeja was struggling to time the ball and under crucial junctur, he ran Pandya out and India lost the game.

The following year he had a below-average outing with bat and ball. Then that was the comeback season for CSK after a ban of 2 years, with the tag of dad’s army they played like the Vintage CSK smashing teams around. Jadeja had a lean patch with the bat as he was trying to overhit, but contributed in ball and field as he was the 3rd highest wicket-taker for CSK that season. Jadeja worked on his batting techniques and kept on pushing himself to perform at his best like a true warrior.

RISE OF THE STALLION

As the saying stands when you dig patiently you will strike gold, Jadeja became stronger roaring like a lion with a plethora of brilliant performances in the World Cup 2019. When asked about Jadeja, a famous commentator Sanjay Manjrekar told that he is a “Bits and Pieces player”. But proving him wrong, Jaddu had a very productive World Cup and electrifying in the field preventing crucial boundaries and inflicting runouts. India progressed to the Semi-Finals of WC 2019 against NZ. A crucial game with a lot of talks like it may well be the farewell World Cup for MSD. India slipped to 71-5 after some brilliant bowling from Henry, But Jadeja came In and played the innings of his life. He was hitting them so hard that, every maximum was very huge. In the end, the crucial run-out eluded the WC. He became a national hero with Sir Jadeja’s title trending all over the internet. Jaddu, like a brave stallion never shies away from challenges and then permanently cemented his berth in the team.

The year 2019 and 2020 has been a revelation in tests (he didn’t play a lot in 2020) still, he took the place of Hardik and became the impact player. Be it the crucial and quick-fire innings at Sydney against Aussies or a careful 50 against South Africa in Ranchi. India was on the quest to find the perfect all-rounder for all formats (Ashwin for tests to some extent), Pandya’s injury meant Jadeja got the opportunity to play all formats. He contributed in all departments with electrifying fielding at important moments. India has had its fair share of brilliant All-Rounders like Kapil Dev to Irfan Pathan, but a complete allrounder like Kallis & Symonds Eluded India. But Jadeja and Pandya have fulfilled the role to perfection. The important aspect for a crucial All-Rounder is his consistency in performing under pressure as he plays at a lower order and will have fewer balls to showcase his expertise.

THE MAN OF THE HOUR

IPL 2021 started amidst the pandemic turned all the pundits prediction to ground With CSK andRCB leading the charts. Jadeja being the focal point in the CSK’s performance. From the mesmerizing 60 odd runs with the bat, Match-winning bowling performance against RCB to brilliant fielding accolades to bring his team back to contest. He had a pretty low point 16 years before in the decision to quit cricket after his mother’s demise, but the horse never stopped running for cricket. And it will be running unanimously to the Pole now.