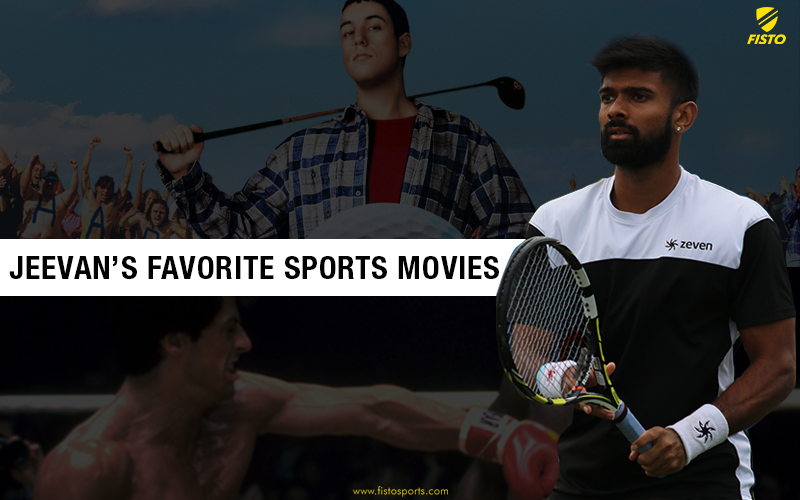 The quarantine is all about staying home, keeping himself fit and being wary of too much junk for the World No.111. However, the tennis star, perceives the copious time an opportune to do something lucrative, such as working on a skill or other aspects, rather than considering it a snag and grousing over.

“It’s all about getting into the right mindset to perceive things right” says Jeevan in an interview with Fisto Sports.

“When you play tennis you’re always prepared for these unforeseen circumstances, you don’t know when the finish line is coming and the situation right now is no different from that. It is universal, everybody is at home and nobody is getting the type of training they want. I won’t tell it is much of a setback for athletes, if they invest the time to get productive and better at what they want.” he adds on.

Apart from his everyday training regime he turns to a series of carrom games with his family, online games with his friends and a number of movies and series to cruise past the ticking hours through the season of the sporting hiatus.

While nothing can replace the vigor a sport can bring in, there may be no apt time to snuggle over a series of sport movies to revitalize the sporting spirit.

The Indian tennis star takes us through his top picks of sporting movies he has relished over the years.

“I enjoy watching movies that are based on true life events, movies that talk about things that has happened in real life. Apart from that, I also like to watch lite movies which makes a spoof on taking things too seriously and the movies that takes a comedic angle on narrating things,” says Jeevan. On being asked his top five sporting movies on his list of favorites he puts Sylvester Stallone’s Rocky, film series first, “When I grew up the whole Rocky series was my favorite of the genre, the story behind how Sylvester Stallone made the movie into a success is a real story and it is a very inspirational movie. I liked Rocky IV the most out of the whole rocky series, because he was not fighting for himself, he was fighting for his country, and it was nice to see him going against the whole of Russia to defend the honor of his country. It was one cool movie.”

He also claims Rocky’s iconic speech towards the end of the movie to be his favorite part of the movie.

“It’s a very realistic speech, because he talks about elevating the sport and elevating humanity and not just about his individual performance.”

On ESPN's 30 for 30 documentary series Being a huge fan of documentaries inspired from real life incidents, he picks the ESPN’s 30 for 30, a documentary series featuring 30 films.

“ESPN 30 for 30 series is sure on my list, it talks about real life events that has happened in sports, almost all the sports. Be it about Regie Miller and Basketball and how he made 10 points in the last 3 minutes of the game or Michael Jordan’s accomplishments or Arsenal’s unbeaten run of 49 wins, it talks about things that happened in real and how athletes persevered and overcame the obstacles. I think all the athletes should watch it because it talks about every sport through true events that has happened.”

“My favorite episode of the entire documentary of the ESPN 30 for 30, is an episode called the Pony Excess,” he says.

A huge fan of Adam Sandler, he averred his love for spoof parody movies that make any sport sound too serious. “I really like Happy Gilmore. It’s very funny because he doesn’t know his potential and its funny that he wants to chase other sports and not pursue what he is good at and finally he realizes his talent, it’s a very funny movie.”

He goes on adding another Adam Sandler’s movie, The Waterboy. “I have to say ‘The Waterboy’, because I’m a big Adam Sandler fan. It’s not a very serious sport movie, but I like the comedic angle of those movies because I don’t like it when it gets too serious.  I like those type of comedy films.”

He continues with ‘Longest Yard’ starring Adam Sandler, which is a remake of the movie made in 1974 to his list of favorite movies,

“Longest Yard, another Adam Sandler, again it’s another comedy film that takes comedy to narrate the essence of the sport, which adds it on.” he says.

“Semi-Pro by Will Ferrel is also a great movie and it has a comedic take on how athletes can sometimes can get too serious about sports. I like that aspect of those type of movies because sometimes we have to understand that we are lucky and privileged to be playing a sport.”

He also claims to like movies that displays an essence of cultural mix. “I like movies that has a bit of a cultural mix, for example, I like Million Dollar Arm (2014) and 42 (2013). The former shows two Indians who went to America and experienced their culture for the first time, that was really cool, and they come to India and kept cricket trials to see who has the fastest arm for Baseball. It is based on true events and I liked it.”

“And 42 is based on true events. It’s the story of how Jackie Robinson overcame racial diversities and became a fantastic legendary, that’s something I admired the most.”

He also attributes platforms such as Netflix and Amazon Prime that has come up with various options to provide the best experience to its viewers, to have been doing a great job and keeping people engaged during these times.

“Platforms like Netflix and Amazon are coming with great content. It’s getting to the point where they keep everything in mind, when every time some thing or the other thing comes up. These types of movies also motivate the athletes during these times,” he concludes.