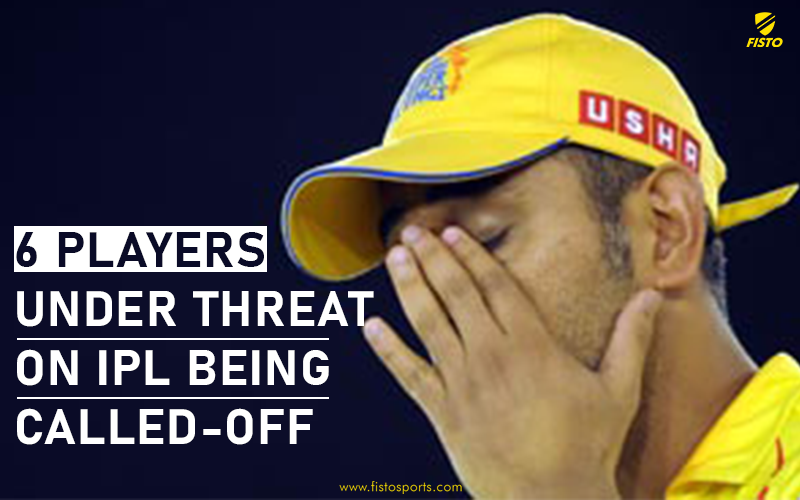 Be it a young talent yearning an opportunity to prove his mettle or a knocked-back player fighting his heart out to earn back his lost spot, the IPL has served a spot light highlighting the players in need.

With all the sporting events across the world being cancelled, the Indian sporting extravaganza was on its fight to be an exception, with the deferment of the tournament from the 29th of March to the 15th of April 2019, being the only official announcement dispatched regarding the status of the league until yesterday.

Anyhow with the situation worsening day by day and the Government announcing a shutdown of the entire country, the BCCI president Sourav Ganguly who has been tight-lipped regarding the issue, has franchises yesterday.

Despite a closed doors IPL and a truncated version being a possible alternative, the number of considerations brought-forth by the proliferating of the Virus, including a 21-day shut down the entire country has jeopardized the organizing of the tournament.

With a postponement of the tournament being an option out of the box, the cancellation would be the only possible action if the situation prevails.

While the cancellation of the cash-rich league will take a heavy toll on the BCCI and tournament’s stake holders, a few players who would have to seal their berths for the forth coming T20 World Cup will not be cut-out from the afflictions of the cancellation.

The calling-off, of the tournament will indubitably have its effects on every player but with the concerns of the T20 World Cup being on the dire, there are few players who will be taking the front page in the list of the most affected,  as the IPL 2020  was a decider of  their spots in the team flying to Australia.

From leading the team from the front, to having to evince his potential to find himself in the fifteen, we saw a dejected Dhoni who left Chennai, when the practice sessions were called-off.

It’s no big secret, that the IPL 2020, is the ultimate decider, determining his spot in the World Cup team. Despite his presence being an Ace up the sleeve for the Indian team, his absence from the National side since the heart-breaking Semi-finals and his dwindling fitness levels that crept along with time, has been a definite turn-down weighing down his chances.

With the absence of equivalent to replace the legendary behind the stumps, a power packed IPL season from Dhoni reverberating the stands of Chepauk, was the expectations bestowed upon him. And it would lead him to the World Cup which would have been a deserving fare-well to the great.

The cancellation of the IPL which is the last resort for him to make an entry will be a definite peril questioning his spot in the team.

“He deserves better” & “unfair” would have been the most used recent adjectives to his name. Despite relishing a good domestic season, the youngster was always considered a second fiddle to Rishabh Pant and was denied the opportunity he deserved the most at many a times.

Struggling to find his place after failing to make the most out of the limited opportunities he was given, the season of IPL was all the youngster had to prove his potential.

With the recent keeper turned KL Rahul taking on the role of the back-up keeper, a spot for Sanju Samson as a third keeper is out of the equation. Anyhow, with Pant’s stumbling form, a good IPL season from the youngster would have given him an advantage over the former.

Alike his mate from down the south, Dinesh Karthik was also denied off any opportunities post the Semi-finals against NZ.

Being a man who was always underrated, fighting his way up is not something new for Dinesh Karthik. Despite proving his capabilities in the shorter format of the game at the Nidahas Trophy finals he has not been any given ample opportunities to establish himself and has been brutally bundled after the semi-finals.

The good run IPL season, would have helped him get the spot he deserves the most.

Starting off his career, with an astounding four-wicket haul at Australia in tests, the southpaw has proved an exceptional in test matches pooling in a number of wickets.

Though he was exceptional in tests, on partnering with his fellow spinner Chahal on the other end, the duo was us been unbeatable in the One days also.

After facing a nightmare of an IPL season last year with only four wickets on playing nine games, Kuldeep has prevailed the out of shape at the International level. He has only played three T2OI’s since the World Cup last year, which leaves him with no requirement to be called back.

Anyhow, on amazing with an astounding comeback in the IPL, the entrance for him is still on the open.

Definitely not one amongst the proximities, but there is no better partnership than IPL and Krunal Pandya.

Anyhow, a good IPL season would have mixed up many things for the youngster and has proved to be a game changer which could have possibly, got him a spot at the World Cup team.

Definitely not one amongst the proximities, but there is no better partnership than IPL and Krunal Pandya.

Anyhow, a good IPL season would have mixed up many things for the youngster and has proved to be a game changer which could have possibly, got him a spot at the World Cup team.

The youngster who came on the dint of Hardik pandya’s absence is still on the hold, to produce his best performance.

Shivam Dube who massacred five sixes in a row in the Ranji Trophy game, has time and again proved his bug shot making ability. Though he made reasonable performances at the minimal chances given, the youngster has still not lived up to his capabilities with the bat and the ball.

With all eyes set on the youngter, a good IPL season would have been a platform to display his potential.

Could a player prove him worthy in a span of two months, when he couldn’t do it the whole year would be  a very good question to linger on, but with the tournament being the last resort for experiment, and with India being in an experiment mode until now,  IPL would play a vital role in determining the World Cup squad.