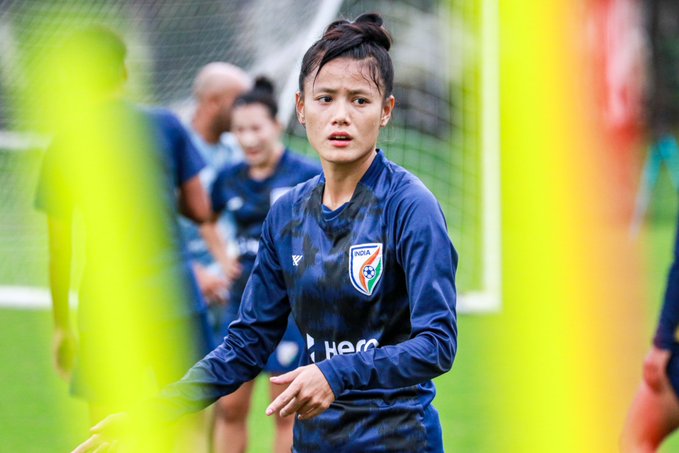 Indian Women’s Team defender Nganbam Sweety Devi feels that the team needs to be strong mentally and play as a unit against stronger opposition like Brazil, Chile, and Venezuela, whom the side is set to face later this month.

In a Live interview on AIFF TV on Thursday, November 11, 2021, Sweety looked ahead to the Indian Women’s Team’s next tour to Brazil ahead.

“We need to be strong mentally. Playing Brazil won’t be easy. Our coaches are looking after the tactical aspect. The most important thing for us is that we need to play together as a team. The team bonding is quite high, and we will play together. We respect them, but we will play hard,” said Sweety.

When asked what went through her head when she first heard that the team will be playing three matches in Brazil, Sweety had but one word – “Marta!”

“It will be a huge challenge to play against her. We will try to stop her, and are working on our plans. If possible, maybe we can speak a few words with her too after the game,” she averred.

The Indian Women’s Team has already played in five different countries in 2021 – Turkey, Uzbekistan, UAE, Bahrain, and Sweden. With Brazil set to be the sixth nation where the team will play, followed by another tournament in Kerala, all as a part of the preparation for the upcoming AFC Women’s Asian Cup India 2022, the players are looking to lap up as many opportunities of playing against quality teams from all around the world.

“We learned a lot from the exposure tours that we recently had. We had never played these opponents – UAE, Bahrain, Chinese Taipei, and then Sweden. The good thing was that the level of intensity of the matches slowly increased so that we could also match up to the opposition. At the end, the matches were of really high intensity,” Sweety opined. 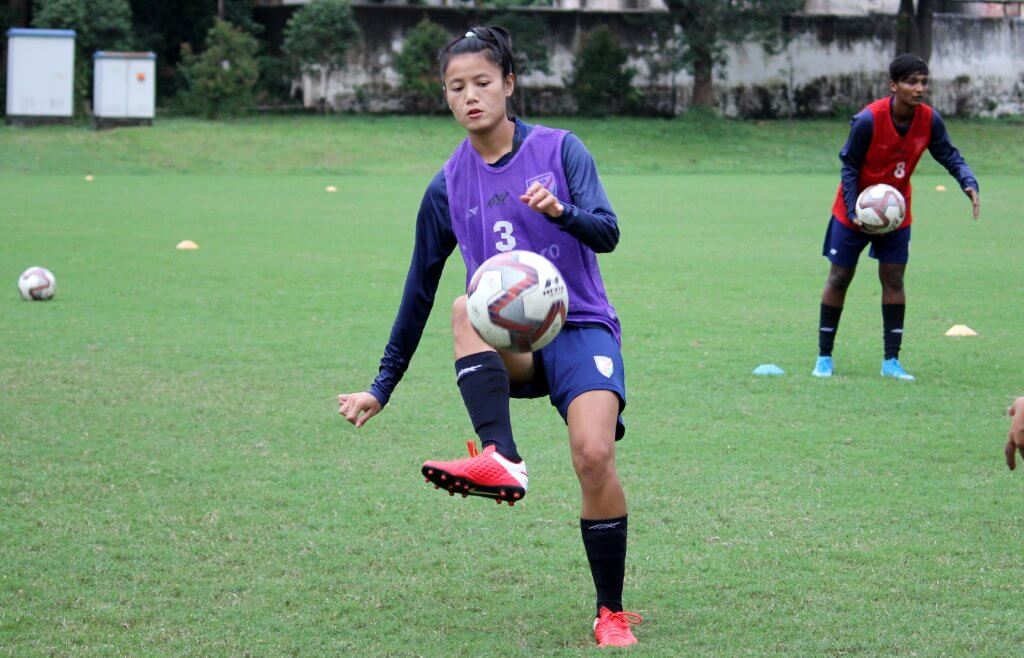 “The weather was another big factor. It was quite hot in Dubai and Bahrain. Then when we went to Sweden, it was suddenly so cold. When we first landed there, we were in complete shock – how could we play in such cold weather? Thankfully, it had rained before our first match against Hammarby, so it was not that cold,” she continued. “But the second match was quite difficult. There was a strong wind blowing, our fingers were going numb, but we still pushed on somehow. The situations were quite different, but the overall experience was quite good in the exposure tour.”

The Indian Women’s Team had set camp in Jamshedpur in August, with infrastructural and logistical help coming in from the Government of Jharkhand. During this period, the team has worked on a range of things, including strength, endurance, technique and tactics under head coach Thomas Dennerby.

“The strength sessions are quite different. All our preparations are for the AFC (Asian Cup), and the opponents that we will be facing there. We have specialised trainers to help us with our fitness levels, and all the girls also push each other in the team that we can do these drills, which at first seem quite difficult. If you lift 10kg today, then the rest push you to lift 15kgs tomorrow, and then 20kgs the day after,” she informed.