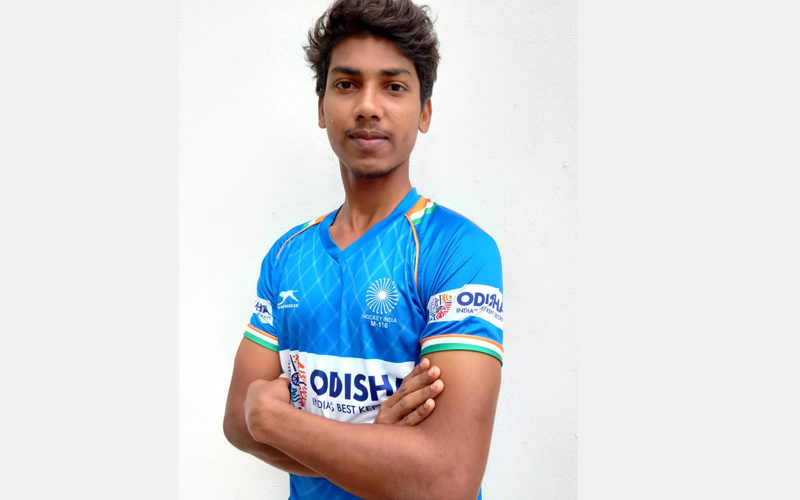 The 20-year-old midfielder from Kovilpatti, Tamil Nadu, bagged a spot in the 37-member core probable group that was announced for the Junior Men's camp at SAI, which commenced on 6 February 2021.

Delighted to earn his maiden call-up to the Junior National Coaching Camp, Mareeswaran said: "I have always had a habit of assessing my performances and would know if I am playing well or not.

"I was on a good run of form last year and I was delighted to see my name in the list. My friends and family were also thrilled after hearing about my selection. They don't want this to be the end, though, and expect me to make further progress. They want me to break into the Senior team someday. But I understand it is a step-by-step process and I first want to show my worth in the India Colts team."

It wasn't always smooth sailing for the lanky midfielder growing up in Kovilpatti, an industrial town situated about 567 kms from the State capital Chennai. Mareeswaran's parents, who work at a matchstick factory in his hometown, could barely make ends meet, leave alone afford to buy him a hockey stick. "Finances were extremely tight at home. Fortunately, I was selected by Sports Development Authority of Tamil Nadu (SDAT) five years ago. The Hockey Unit of Tamil Nadu (HUTN) have also been very encouraging of my performances," he said.

The India Colts resumed training last week at SAI, Bengaluru, after undergoing a week-long quarantine period.  Mareeswaran feels he'll come out a better player after the camp, which concludes on May 1, 2021.

"The facilities here at SAI are top notch, be it the gym or the playing arena. My Coaches have also been very supportive, and I want to make the best use of this opportunity," said Mareeswaran.

Backed by family support and well-wishers back home, Mareeswaran wants to continue making progress, and eventually, play alongside the top Indian hockey players. He outlined his plans for the future: "It's a great feeling to be here [at the camp]. Right now, I am focused on the upcoming Junior Men's Asia Cup and the FIH Junior Men's World Cup scheduled for later this year. My dream is to play for the Senior Team someday."