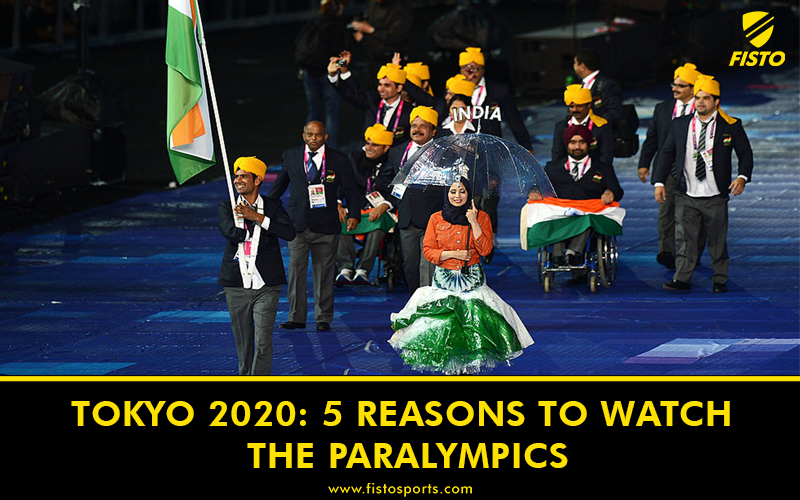 To watch Paralympic sports is to encounter surprise after surprise, and feel a sense of excitement that goes beyond typical spectating. That’s why in this article, we’ll tell you the five reasons why you should watch the Tokyo 2020 Paralympic Games, and get with the times!

After a historic showing at the Tokyo 2020 Olympic Games, which saw India end on a record-breaking medal tally of seven, all eyes will be on our para-athletes as they look to create history and bring more glory to the country. India will be sending its biggest ever contingent to the Paralympic Games with 54 athletes flying to Tokyo to represent India.

Here are 5 reasons why you should watch the Paralympic games

There were a lot of beautiful and heartwarming stories that came out of the Tokyo 2020 Olympic games, expect the same at the Paralympic games as each and every athlete who has reached this stage despite their disabilities is a champion in their own right, the fact that they will be competing at this level after everything that they had to go through (and still go through) is something that needs to be celebrated.

Very few things in this world can inspire as much as sports can, Paralympians are just as inspiring to watch as Olympians if not more, despite their difficulties they push their limits to the extreme for their country and the standard of the games is extremely high, watching them can completely change your perspective of life and inspire you in a very impactful way.

3) Your support is important

Paralympians are giving their all for the country and need to be given the same love and support that is given to the Olympians, your love and support towards them can go a long way in inspiring them to give their best, it would also inspire other people with disabilities to take up para-sports. Paralympians in India are often not given the respect they deserve and are only talked about when they win medals, this is something that can only change over time if people start giving them the support they deserve for their efforts.

There is going to be a proper telecast of the Paralympics with Eurosport having secured the rights to broadcast it in India. Team India's events will also be shown on DD Sport and on the Prasar Bharati Youtube channel, which gives us multiple options to view the games and cheer on our athletes.

India had their best-ever Paralympics in Rio 2016 where they won 4 medals, there is a very good chance of us surpassing that tally with India sending a contingent of 54 para-athletes this time as opposed to 19 in Rio 2016, we have a lot of realistic medal contenders including multiple athletes with a serious chance of gold. Para-badminton is making its debut as a Paralympic sport and India has serious medal prospects there. There is a very good chance that we get to hear the Indian national anthem once again in Tokyo, maybe even multiple times, you do not want to miss that!