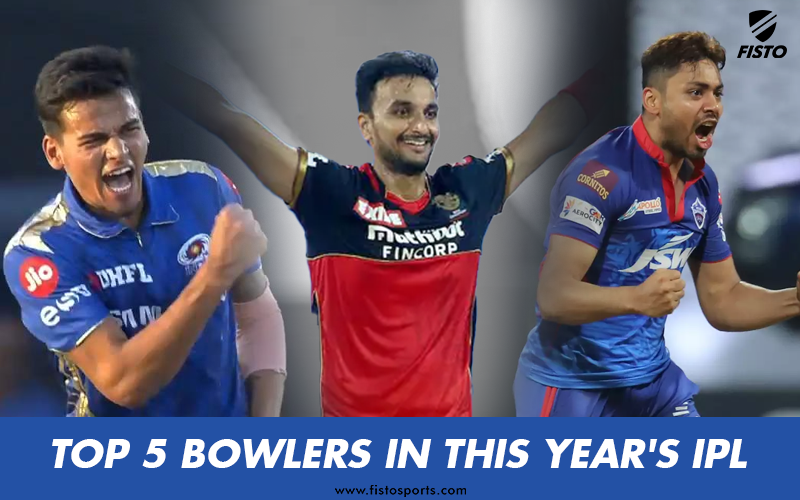 The idea of IPL seeded by Lalit Modi was to entertain crowds with limited over format, and the main idea Modi had was to produce batting spectacles so that the crowd will be on their feet. The IPL from inception has been batsmen friendly with 'Powerplay', ‘shorter boundaries' and the 'ball that doesn’t swing past 2-3 overs'. But the bowlers like Malinga, Narine innovated with Yorkers and Carrom balls respectively. This year’s IPL has been two sides of coin with Mumbai pitches being a batting paradise and the Chennai ones the bowlers heaven. We will look into the top 5 Indian bowling performances which caught our eyes this season.

Hailing from Gujarat to then not given a place and moving to Haryana to make his Ranji Trophy debut, he ran through the Rajasthan and Karnataka side like a bulldozer. Traded from Delhi this year, He exhibited the Deja-Vu from his earlier days. This speedster has been in a dream run, becoming the first bowler to take a fifer against MI and topping the charts for the highest wickets. Barring the most expensive over against CSK (Super-human Jadeja), his death bowling is immaculate. With more than 65% over bowled between 15-20 overs, his stats are outstanding. He along with Siraj has plugged the hole in their Ship, taking them to the top of the table. He has taken over 75% of his wickets in the end, stemming the run flow.

Due to the bio-bubble restrictions, Delhi was without their premier fast bowlers and then stepped in Avesh Khan, a bowler similar to Manpreet Gony (CSK). He hit hard lengths as well as good lengths allowing the ball to talk easily. He also has a pretty good slower delivery that with his action is pretty hard to pick. He is the second-highest wicket taker in this year’s IPL. He mostly operates in the powerplay and with the economy rate of 7.78 is a great asset. He has been selected as a net bowler for the World Championship final to be held in England for his good show.

Last year it was T.Natarajan who rose to fame with his inch-perfect Yorkers and Chetan’s Story is similar to that of the Left-arm pacer. Sakariya, emerging from Bhavnagar in Gujarat experienced poverty from his childhood and upon his teacher’s advice in his 10th standard, he took up cricket seriously. He started as a batsman before becoming a bowler, similar to Mustafizur (Bangladesh). He lost his brother during an important point in his career, but with strong mental resolute came over all the hurdles with success. His performance against Punjab is one of the finest bowling by a pacer in their IPL debut. He lost his father recently to corona virus in this pandemic. Stay strong champ the world is for you to conquer.

BCCI decided to scrap the home game concept for this year’s IPL due to COVID and to provide balance to all the teams. Mumbai’s first 5 games were in Chennai which is the exact opposite to the bouncy tracks in Wankhade. This is where Mumbai’s spin magician Rahul Chahar spun his web. With the economy rate of 7.21 and strike rate of 15.27, he is the top spinner in IPL after Rashid Khan. With a brilliant attitude and good variations in hand like top spinner and googly, he is not afraid to toss the ball when hit for a boundary which is a great quality for a spinner. He had a great IPL and will look to carry on the form to the Srilankan series as well.

The lucky charm of CSK, a premium, and a proper swing bowler in India after Bhuvaneswar Kumar. He is the one who inspired Rahul Chahar (Cousin) to take up cricket. A very venomous bowler when the ball starts swininging early as he could swing it both ways and late which is very lethal. His performance is like a very sharp mountain with sudden peaks and downfall this season, but he produced the ball of this year’s IPL when he removed Mayank with a peach of a delivery (a late outswinger starting from leg stump and clipping the off-stump). Chennai wins 70% of matches when he takes two or more wickets in powerplay. He has gone for some runs but has developed a effective knuckle delivery.

Who do you think is the best Bowler in the current IPL season?