Ranging from Sumit Nagal to the youngster who went on to make his name profound at the IPL with his staggering double ton, the young boys of Indian Sport have outclassed World- class legendaries and broke many records that has turned many eyes towards  the direction of Indian sports. Having Produced the second youngest Grand Master and Cyclists who have set records at World levels, the youngsters have proved India a non-cricket eccentric country by breaking records and thronging medals at a number of Sports including Chess, Cycling, Badminton & Tennis.

Amidst the many achievements made by the young men throughout the year, Fisto’s has a list of Top ten men Achievers of 2019, Seize a glance to know who has made it to the Top ten.

Hailing from Chennai, the same city as that of the legendary Vishwanathan  Anand, the twelve year old Gukesh has become the second youngest  Grandmaster ever . Gukesh who achieved the feat in 12 yrs 7 months and 17 days is the 60th Grandmaster produced by India and he unfortunately missed becoming the youngest Grandmaster ever by a narrow margin of just 19 days. Having scored three IM Norms and three GM Norms within a short span of 16 months, the youngster has not only scripted one of the youngest but also one of the fastest success stories ever. Gukesh who had participated in 276 rated games also bags an Elo of 2500 points. Abhinav G, the seven year old pedaler from Tamil Nadu, even before embarking on his life’s venture has set on an 82Km Non-stop  Cycling which is the longest  by a child and has carved his name at both  the Indian and the Asian book of records. The youngster has pedaled 81.7 Kms from Kalapet, Pondicherry to Mahabalipuram at 3 hrs and 32 minutes. Having taken up professional training nine months prior to making the record, Abhinav has participated at over ten racing events at a span of nine months including the “Cyclotsava”, the Longest Single Line Bicycle Parade.

The World Para Athletics Grand prix witnessed two record breaking throws by our javelin throwers Sandeep Chaudhary and Sumi Anil in Italy at June. Sandeep Chaudhary who quenched India’s thirst by seizing the country’s first Gold at the Asian Para games in 2018, already owns the Javelin World Record at the F44 Category. Sandeep with his 65.80 meter throw at the World Para Athletics 2019 bettered his previous record. Sumit, one step behind Sandeep hurled a 60.45 meter throw at the F64 Category and marked a world record at the Combined world Javelin Category. The two of them overthrew their own records at the World Para Athletics Championships and booked their tickets to the 2020 Tokyo Paralympics. India apart from the likes of a very few players who have bagged the doubles and the mixed double titles at the Grandslams has never been one of the dominant Tennis playing countries. Little did anybody expect the 190th ATP ranked Nagal to startle the 20 time Grandslam winner, Roger Federer by notching up a first set win against him in his maiden Grandslam main-draw. The 22 year old who was the youngest Indian in 25 years to make it to the main draw of the Grandslam, on his first set win against win against the Maestro became the first Indian to have achieved the feat. The former Junior Wimbledon winner was only the fourth Indian to face Federer and the fourth in the world to win the first set against Federer. Though he lost the match, his fight against Federer that forced the legendary to make nineteen errors including the first set loss, has been one of the remarkable achievements by the Indian Tennis.

Named after the Brazilian Footballer Ronaldo, the 17 year old cyclist, Ronaldo Laitanjam of Manipur has set an Asian Record at the Men’s Junior 200m Time trial event at the qualifying stage and he also won another Gold at  the Junior men’s Sprint event the following day. He achieved the feat at the Track Asia Cup Cycling tournament clocking a time of 10.061 seconds. Later this year, he escalated to the fourth rank at the World Junior rankings and he also secured four Gold medals at the Track Asia Junior cup at the Junior keirin, Sprint, 1KM Time Trial and Team Sprint.

The 18 year old shuttler who has already proved his mettle at the Junior circuits, made his cut into the senior category and claimed his maiden BWF World Title after his win at the Men’s singles of the Dutch Open. The 72nd ranked Lakshya Sen has also clinched the Belgian International title and bagged silver at the Polish Open earlier this year. Having won the Asian Junior Championships, silver at the Youth Olympic Games and bronze at the World Junior Championships last year he has made terrific records at the Junior circuits. The Juniors of the country have many a times glorified the country and assured the country’s sporting future safe. Golom Tinku of Arunachal Pradesh at Just thirteen years of age has lifted an astonishing 215 Kg and left the country stunned. Having started lifting weights at 8 years of age,  Golom Tinku who has just embarked on his early teens has lifted 215 Kg at the 55Kg Category at the National Youth Weightlifting Championship to etch a world Record unmatched my none his age. He lifted 93Kg  in Snatch and 122Kg in Clean and Jerk to snatch the Gold at the Championship.  He received the accolades of many on account of his prodigious achievement.

2019 witnessed the duo reach their peak with the number of Championships, records and titles they snared that accoladed them with a nomination for the Most Improved player at the BWF awards. The duo inscribed history by becoming the first Indian pair to storm into the finals of the finals of the French Open 750 Tournament. The duplets who started their success ride with their win at the Thailand Open have breached through the Top ten of the BWF ranking on reaching their career best 7th rank. They are the first Indian Men’s doubles pair and the third Indian doubles to pair to have achieved it.

The star from Pune at Eleven years of Age, has aced his racket to win a Grandslam and by doing so has become  the First Indian to own the feat. The youngster triumphed at the Under-12 ITF Eddie Herr International Junior Championship at the IMG Academy which is one of the most competitive Tennis tournaments at the Junior Circuits. Manas had shown early glimpses of his mantle by emerging Champion at the Asian U-14 Tennis Tournament earlier this year. Manas had also been one amongst the finalist at the Doubles of the ITF Eddie Herr International Junior Championship. 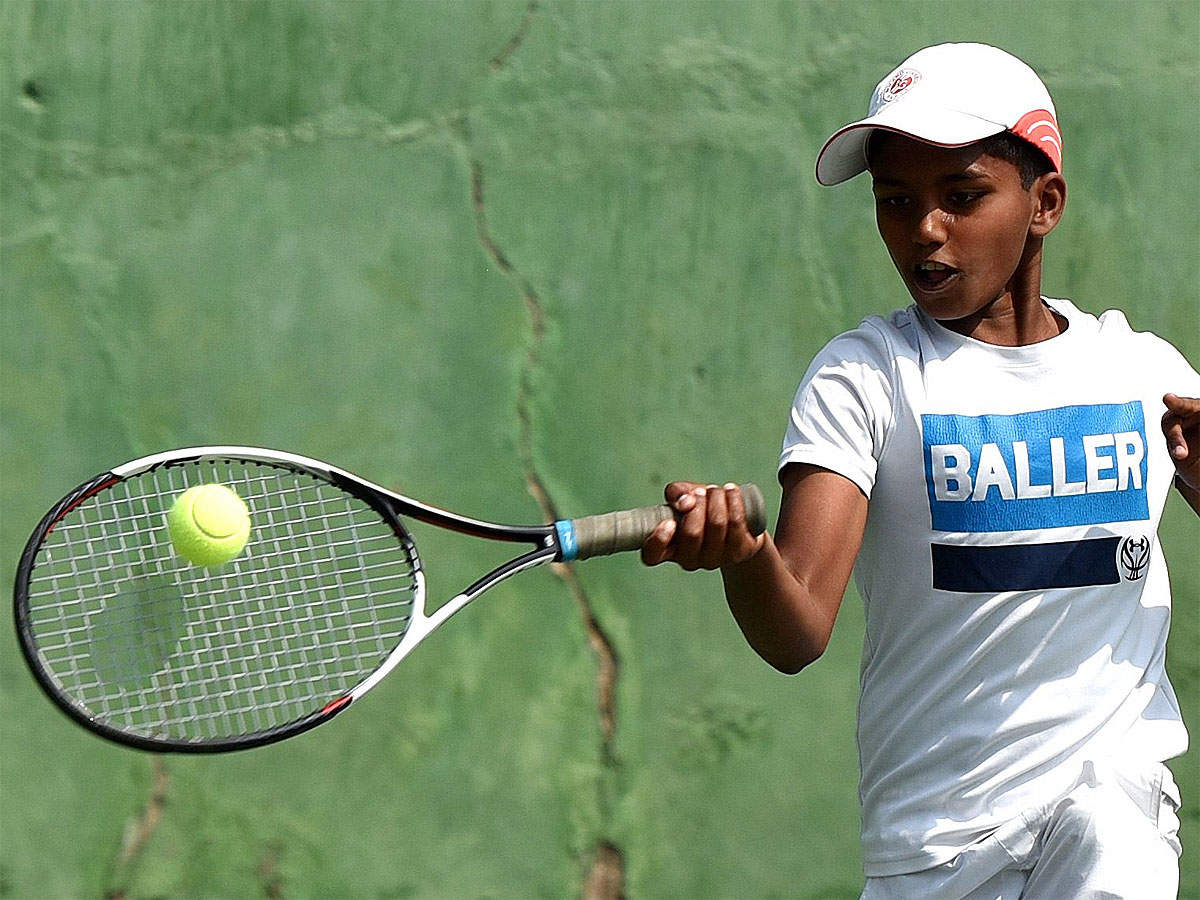 The country that knew Yashasvi as  the seventeen year old from Maharashtra,  who was the youngest Indian to willow a  double century at the Vijay Hazare would least have known him as a kid who sold  Pani Puri to fund his passion and make his dreams come true. The seventeen year old from Uttar Pradesh who has lived a fable of inspiration has carved a place for himself  at the Indian Premier League. Earlier this year he bladed a 173 off 220 balls in a Youth Test match. He was also the highest run scorer and the player of the series at the 2018 ACC Under-19 Asia Cup and he has recently found his name in the Squad for the 2020 U-19 World Cup. 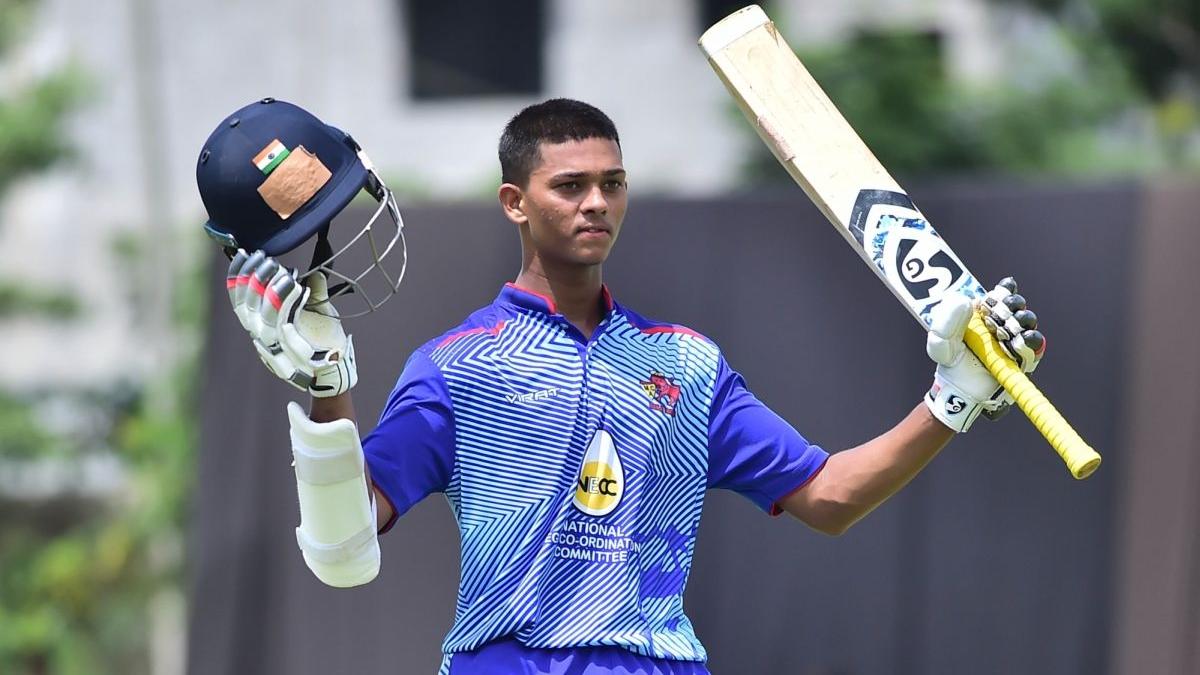