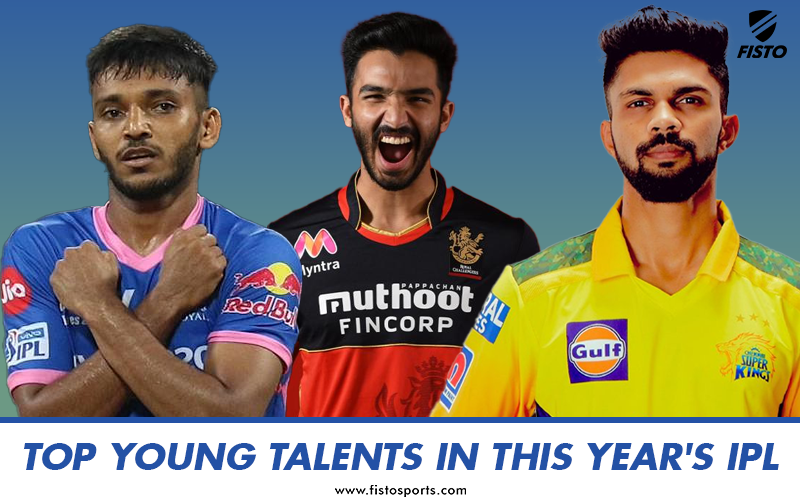 Indian Premier League (IPL) is the Yellowstone of Young talents, such has been its magnanimity it has challenged F1 in a short time both Financially as well as with Viewership numbers. Such has been the glamour, it is easy to forget the swashbuckling efforts from Indian youngsters. This year, a lot of experienced campaigners proved their worth (Maxwell, Morris, Dhawan) but the likes of Devdutt, Sakariya, Avesh Khan brought in their A-Game under pressure which is very commendable. We will look into some of the talents who lit up this year’s IPL with their mind-boggling performances.

Padikkal comes down as a Shy introvert kid, but his bat is the exact opposite, talking only in Boundaries. He emerged into the picture last year when Bangalore had a more than average season by their standards. Devdutt turned out to be one of the bright prospects of the season. Padikkal, born in Kerala, bought up in Hyderabad, moved to Bangalore for better cricketing resources. He is one of the positives from the otherwise shady Karnataka Premier League. He was a slow-starter last season with strike rate of around 110 for the first 10 balls of his innings, but picked up some pace this season with strike rate reading greater than 140 for the same. He has worked through the system with consistent performances for Karnataka in Domestic Circle. Batting style similar to Yuvi, powerful pickup shots, and good temperament(100 against RR), he could be a perfect foil for the Indian National team.

Last year it was the rise of wily left-arm pacer  Natarajan from Salem, and this year it is the Lionhearted Sakariya who made it into the RR setup. Sakariya doesn’t have the express pace but can move the ball either ways mixing it up with clever slow balls foxing even the bestest of batsman's at the moment. Hailing from Bhavnagar, Sakariya has to provide for his family and follow his passion as they reeled Into poverty. After a successful auction, Tragedy struck him as his brother, whom he was very close to, committed suicide, and it came as a huge mental pressure for young Sakariya. He overcame all his demons by picking up Mayank Agarwal and Lokesh Rahul in his debut and went on to give many match-winning performances.

Last season, CSK slumped to their worst season ever with people criticizing that youngsters have not been given chances and when Ruturaj was given the baton, he grabbed on to it like Jamaican sprinters. He was the lone star in a dark season for his team(which shut down the so-called “Pundits” this year). He started this season on a lean patch but caught up with his opener Faf scoring at a brisk pace. Gaikwad hails from Pune where he has a record for the highest partnership in the Cooch Behar trophy. He is one of the sharpest cricketers as quoted by MSD. He was infected with Covid last season but despite that, he Performed with verve.

Delhi Capitals was without its frontline seamers (Rabada and Nortje) during the start of IPL 2021. So the load and the expectation on the young Avesh Khan was high but he handled the pressure exceptionally well. He could bowl in the early 140s with the ability to swing the ball early and to hit the hard lengths in the later part of the innings. He hails from Madhya Pradesh and with humble beginnings, he is now named as a standby for the World Test Championship in England. His ability to strike regularly at crucial times has been the highlight of his bowling. He was also able to contain batsmen during powerplay which is a golden asset in shorter formats.

Leading wicket-taker for India in the U19 World Cup last year, he is the Rashid Khan of India with the right training and coaching. He has skipped his board exams for the session at RR to bowl at nets and his perseverance paid off when he signed a contract with Punjab this IPL for a sum of 2crs. He is quite accurate and has a good googly that bamboozles batsmen. His cricket practice from his childhood remains us of a scene from Kai Po Che where Sushant builds a small academy single-handedly with his friends for them to practice as their district lacked proper cricketing fields. With the Mentoring from Kumble he will be a great leg-spinning option in the future.

Who do you think is having the best IPL season?