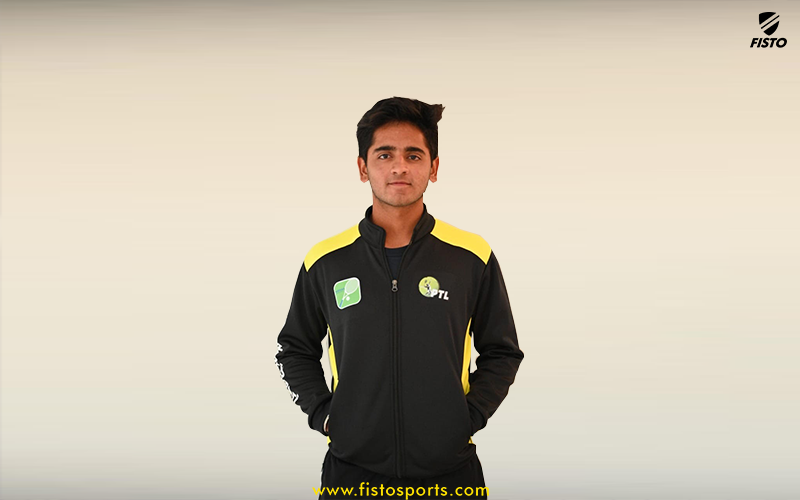 One of the latest tennis talents to emerge from Chandigarh is Uddayvir Singh.

What started as a hobby for him but it is now a career, his love and passion for sport from an early age has pushed him in his quest for fame in the realms of tennis world. But Uddayvir attributes his success down to his family and those around him.

At the age of 15, and began to impress as he progressed through the youth setup. His huge potential became clear in when he won 3 out of 4 titles in ITF Junior tourney in Sri Lanka in 2018. Since then, he established himself as one of the exciting up-and-coming talent in the game and is well on the way to tap his full potential.

The Delhi Public School, Chandigarh, student is said to idolize Roger Federer and will be looking to add to his game some of the razor sharp backhand and finishing that the Swiss mastero possess.

Uddayvir has impressed consistently over the last couple of years. Once he refines his skills a bit more and gets his game under control, he could take off.

What age did you start playing Tennis?

Was it your intention to be a professional player from the start?

I started tennis as a hobby while playing other sports as well. I enjoyed playing tennis the most and took it up eventually

How were you noticed at the State/National level?

Playing local tournaments was the first step for me and when I started winning them and beating players older than me, I think that’s when I got noticed more.

When did you started taking Tennis seriously and who played an important role in helping you realise your potential?

If we talk about training seriously, taking care of my diet and fitness I’ll say when I was 15. It’s a bit late but I’m glad I realized the importance of everything. The credit goes to my parents, they supported me in playing tournaments and motivated me all along.

I have been a good student as well. During the early years I was more focused on my academics I’d say and wanted to score good as well. So, I’m pretty used to managing both of them at the same time. To be honest, it is really tough.

What was your first medal in any form of tennis?

I won my first tournament in Chandigarh itself. It was a local U-10 tournament.

The hardest hurdle came in 2020 itself. I got into the Junior Australian Open qualifying. It was actually like a dream come true for me. Unfortunately, due to financial constraints I could not play it. It took me a lot of time to digest and get over that because playing a grand slam even if it’s a junior slam, is the ultimate goal for everyone and hardly one or two players from India do that every year. It would’ve been a great achievement for me but things didn’t work out.

To this point, what's been your best moment or favorite moment in tennis? What’s the one thing that you are most proud of?

Winning my first ITF singles title in Sri Lanka has been my best moment. I won 3 out of the 4 titles in two weeks there. It is very special to me as that was the first time, I was out of India and without my parents in a different country. I was 16 at that time. My dad did travel with me but he had to return back because of a family emergency.

Getting that title was huge as things were not going good at home and there were many things disturbing me mentally, but I still managed to win it. This is the thing I’m most proud of.

Who do you think is the best Indian tennis player today?

In singles I would say Sumit Nagal. And for doubles it’ll always be Leander Paes.

Would you like to have compete along with Rafael Nadal and what would have been your tactics to beat her?

Who would miss that chance haha! To beat one of the greatest in the game is near impossible but I think I’d tell myself just to enjoy the moment if I ever get the chance.

If you could have a one-hour conversation with any historical tennis player or any athlete, who would you pick and what topic would you choose?

It will be Roger Federer. I think the topic I wanna talk to him about is how he manages to be so calm on court and has remained so humble even after achieving almost everything in tennis.

I’ve been really working on my fitness and my serve. I feel I can really improve these aspects of my game.

What targets are you setting yourself?

With the current situation, I just want to try to stay positive and be on the right track. This year has been very disturbing for everyone and staying positive is one of the hardest things right now.

Praying that the ball doesn’t come back. On a serious note, I plan out the point and decide where I’m going to serve.

Not getting distracted by the girls.

During the prize distribution in Nepal, the chief guest said something in their language. I misinterpreted it and replied with something that did not make any sense. The crowd had a good laugh though.

About a year back, at the Thailand airport, I was travelling with mom and dad. We were carrying a lot of luggage and there was this one small bag I had to take care of. We were getting late for the flight and in the hustle, I left it at the security check only. I realised I left it when I was about to board and had to run all the way back to the security to get it.