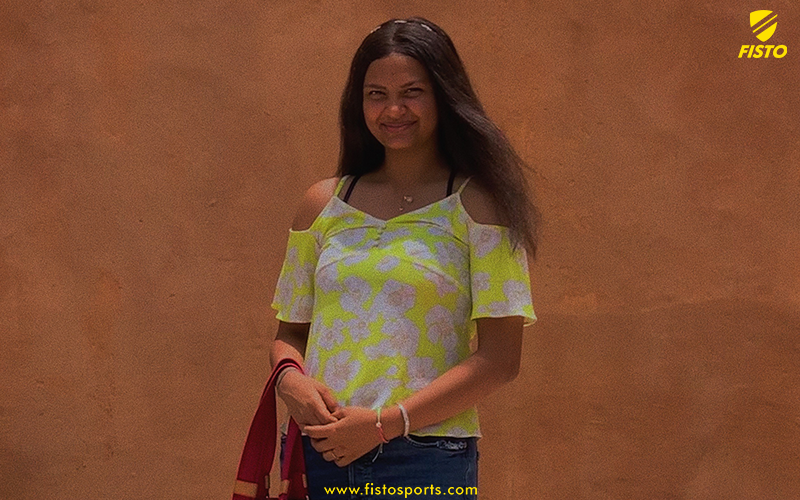 Uditi Mishra is certainly one of the few well-rounded players there at her age, which speaks a great deal about her skills.

Boasting Ali Farag’s trademark four different shots and patient play, Uditi Mishra has blossomed into one of the most promising female squash players in the country, with numerous trophies under her belt.

She played many different sports growing up but found passion in Squash early on. She began to love the game and also found a change within herself as her love for the sport began to increase.

Uditi is a modern player with phenomenal tactical intelligence and knowledge of the game. The 16-year-old excels at reading the game and has an exceptional ability to anticipate several shots ahead. Her ability to combine this with an incredible positional sense, well-timed cross-court kill, and an excellent ability to close down opponent’s options and close the court down, puts her in the upper echelon of young players.

Currently ranked 6th at the nationals and No.1 in the state, U-17 category, Uditi has represented Indian at the Asian Juniors, secured 5th position in the Dutch Junior Open, Amsterdam and 6th in the Pioneer Junior Open Germany and finished as runners up in the Indian Junior Open and has 52 national championship trophies under her belt.

She was also a recipient of the Rising Star Award from the Rajasthan govt, for her promising and exemplary foray into Squash at a young age.

The Jayshree Periwal International School student is already a very mature and intelligent player, defying her age with her technical ability and creativity.

There are plenty of names ahead of her yet, especially given the sheer depth of young Squash talents India has, but Uditi has all the tools to go as far as she pushes herself to go.

How did Squash happen? Did you play any other sports growing up? And how would you define your journey till now?

At the age of 10, I used to play tennis and one day randomly I went to the squash court with my uncle and tried playing squash, I was fascinated by the racquet and the colourful shoes and hence I started playing squash just as a hobby with various other sports like golf, horse riding, kickboxing and skating. I had played all of them on a state level but as I became 11, I started focusing only on squash and played my first states in which I stood second and after that the journey started, till now it has been great and I have been pushing myself to achieve more.

Who has been your idol/role model growing up? Any other source of inspiration that you have had? Biggest influence on your career so far?

Growing up, I have always looked up to my uncles who are inclined towards sports, then my mother who has been there throughout my journey and my father who always made a point to drop me off for my morning training in school which got me where I am today and finally my coach Surbhi Misra who has never given up on me and has always made me work harder to achieve what we both have dreamt for.

How would you describe your playing style, and which Squash player would you compare it to?

I play a very patient game, making all my shots hit the target and my game revolves around four different shots every time which makes it easier for me to get the lead and be on a safer side. I would say, I learn that from Ali Farah, who also happens to be playing 4 different shots which are straight drops, cross-court kill, volley drop and trickle boast.

Competing at such a young age, how did you juggle studies with sport? How supportive is your school/college in your sport?

In the beginning, it was very easy but as I came to a higher grade like 9th and with IGCSE board it became difficult as I had piled up assignments and squash seasons at the same time, I always had to carry my books and whenever I got free time I made it a point to follow my timetable and finish my revisions, my school was quite supportive as it helped me out with my extra needs for notes and teacher’s assistance.

How is Squash training different in India compared to other African and European countries? Which style do you prefer and why?

In my opinion, squash training in India usually helps us in building our game and technique with making us mentally prepared for any challenge and makes us mentally strong during the game whereas African and European countries concentrate on your game strategy, physical strength and but fails to improve you mentally.

Yes, my favourite win would be my match at the Summer Classic which was a do or die situation for me as I had to win it in order to get selected for the Asian Juniors and my other favourite win was when I won against Netherlands top seed in Dutch Junior player.

What was your longest rally? And how do you control nerves during a long rally?

My longest rally was my finals in my home court. During a long rally, I try to remember my favourite song to keep myself cool and focused and that makes me patient and more relaxed.

I think it is important to have a shot which is lucky for you and which is your favourite as well. My favourite shot a staring drop from the back which hits the corner.

I tell myself that I am better than this and it is not the end of the world and I make it a point to still push myself to the limit where I am falling on the ground dead and that compensates the fact that I didn’t achieve the results but I pushed myself.

If you were to change any aspects of your game or physical conditioning during your formative years, what would that be?

I would want to have a better reaction time.

If the opponent has taken a sizable lead, what is your approach? Try and play safe or take the risky route and be ultra-aggressive?

I try and play it safe as that is what I am good at.

Asking the coach at the school to give me and my friends the permission to go and play squash or basketball in the free time or sneaking out of the class just to get that “Ocean water bottle” from the vending machine.

What are the most embarrassing thing that has happened to you on and off-court?

When I was in U-15, I didn’t know how to tie my laces and during a match, they were untied and I was ignoring it but the referee asked me to tie it and I had to ask my opponent to help me out.

And off the court, me and my friend were jamming to an old Bollywood song while warming up and my coach showed up with other coaches which was very embarrassing.

I have noticed that you are a relatively calm and quiet player. Do you think this is beneficial to your game? Does it bother you when your opponent is very loud?

Yes, it is beneficial as earlier I was a very aggressive player which often made me lose my temper and that resulted in me losing my match and sometimes it really bothers me how other players shout aggressively for no reason but just to demean the other player.

Mistake made most often during tournaments?

Repeated amounts of tins and strokes.

Squash has always been a great sport to play, and these days it's very good to watch. Should be an Olympic sport?