The football team which was winners in Virudhaka last year is all set to repeat its glorious performance this year too.

After bringing home the Virudhaka's first football title last year, the NLIU Men’s football team is back on the practice field looking for a repeat. With Virudhaka XI, the flagship sports fest of NLIU (National Law Institute University), Bhopal, just around the corner, the Men's Football team is gearing up to take on challengers from all across the country participating in the event. 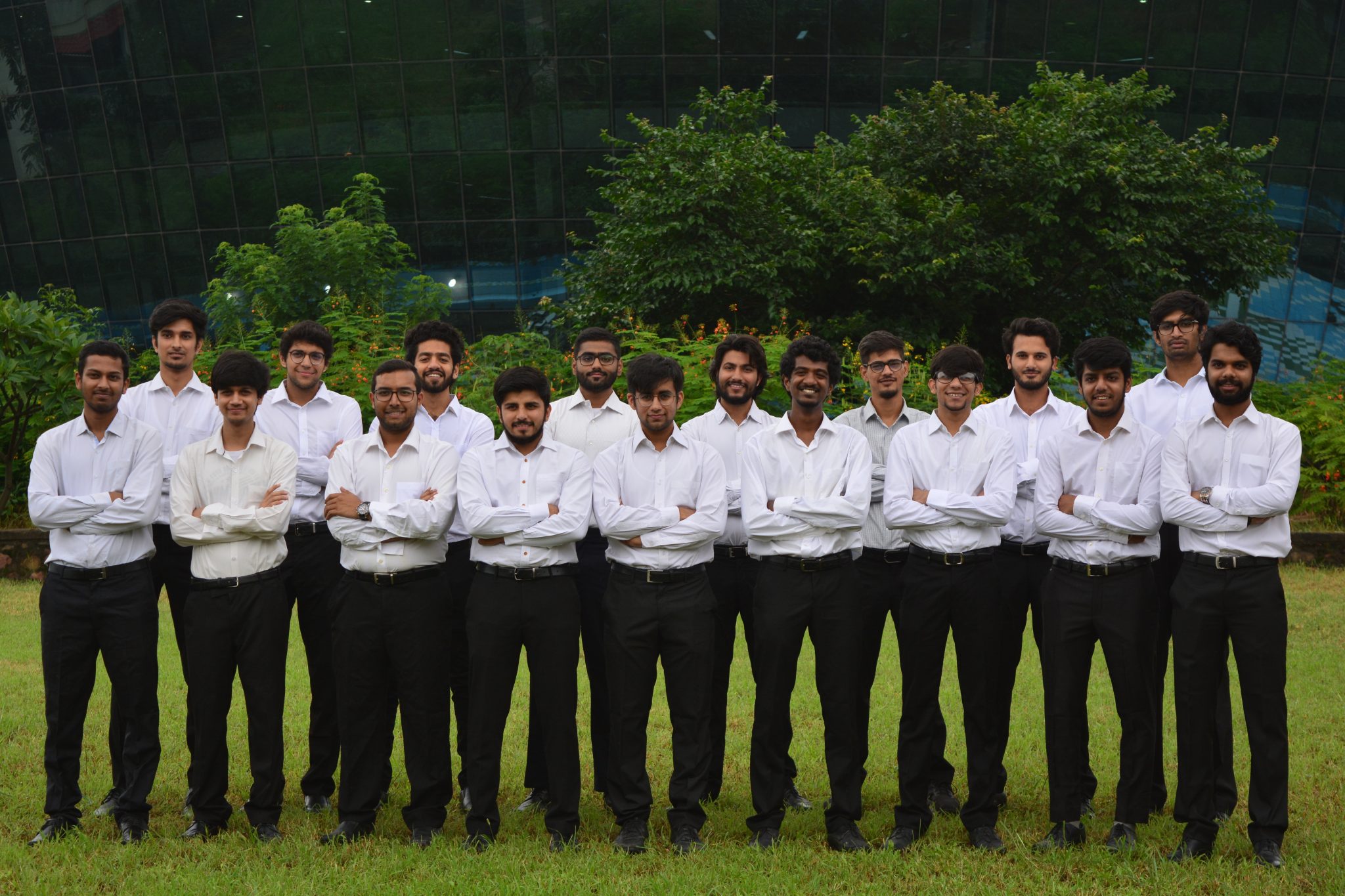 The team looks well equipped to tackle their opponents this Virudhaka XI after more than one and a half months of practice.

On a tête-à-tête with the team’s captain Shresth Mukharya, he said: "Hope we can continue our good run in the forthcoming edition as well," adding that they have shaped up a well-balanced squad in a bid to repeat its glorious performance this year too. After faltering multiple times on the penalties in the previous editions of Virudhaka, the men's football team finally able to clinch its first title last year against Jindal Global Law School, that too on penalties after 0-0 playing time.

The team is aware that they cannot take any of the participants lightly, as the competition is intense at the intercollegiate tournament. "Last year was our first title in football and this year we have competition with teams like NLIU, Assam, NUSRL (National University of Study and Research in Law), Jindal Global Law School, NIMMS College," said Shresth, team's Right Winger who likes to feed-off others to score goals."

Led by some of the finest players Rohit Makwana, Aman Raghuwanshi, Tejaswa, Shikhar, and Ujjwal at their disposal. “We still got a couple scrimmages to let it shake out. The players all are looking good and the team keeps getting better each week,” he added. On being asked to describe the team, “Well-balanced,” he said.

Read: NLIU’s Sports Fest Virudhaka – XI is back with bigger, better and bashful

"We have a really balanced squad from a few perspectives. There are few tremendous seniors on the team who are all providing excellent leadership. Aman is our deadly striker, He's a sure will be on the scoring sheet. He is one of the best striker I have ever played with. And Rohit Makwana, he's our midfielder, who is pretty good at controlling games. We then have a crew of juniors who are all eager to play and contribute to the team.

The rest of our team are rounded out with really talented boys. All in all, I couldn’t be happier with our team.”

Shresth Mukharya further added the team are wary of the Jindal Global Law School team and what threat they possess.

“Jindal is one of the best teams among law schools in the country. I know they will try to continue on with that form against us,” he said. "Jindal is one team we do not want to underestimate, they will be out to take revenge and we know it will still be fresh at the back of their minds what happened last time out," he added. 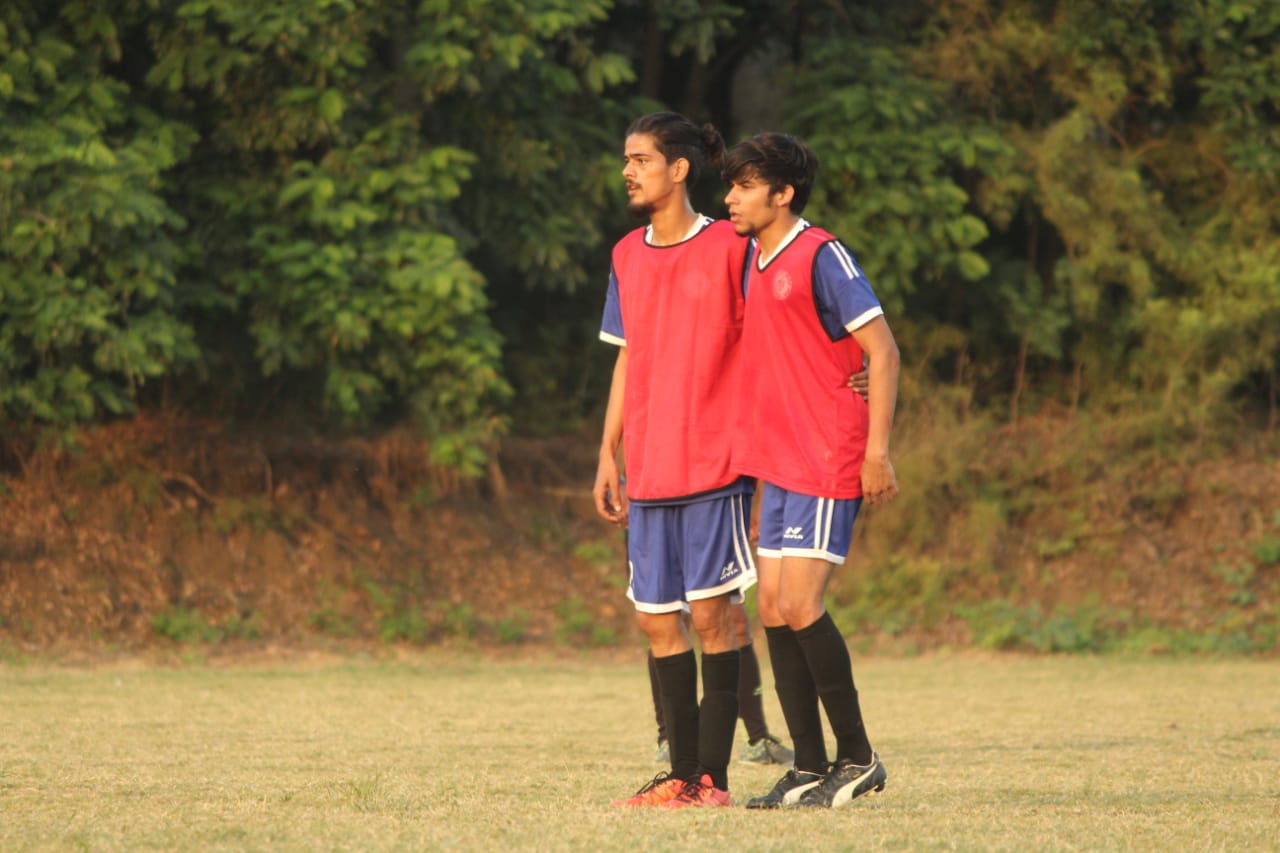 The team's star striker Aman Raghuwanshi has fallen in love with this game since he 2006 FIFA World Cup and has never got tired of testing himself at new heights. "During the 2006 FIFA World Cup, my father told me about three players to watch out for - Wayne Rooney, Ronaldinho, Cristiano Ronaldo. That's was my first introduction into the football and there was no looking back"

“I think this year, we’re going to do pretty good,” says Aman, who's currently in his final year. “We're looking forward to playing some good matches with the excellent team that come for Virudhaka XI. The practice session is also going good, despite raining in Bhopal for the past three months which made quite difficult but we practice thrice a week throughout the year. If we're able to give them a tough fight, I think we have a bright chance of retaining the title,” he added.

“Last year was last year; this year is this year — a new team but we’ve got the same dream. We want to defend our title this time as well,” ended Aman Raghuwanshi.