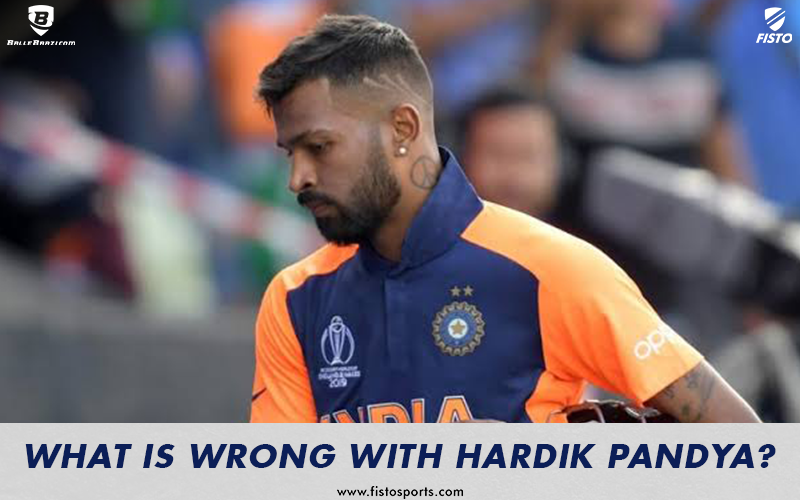 Huge expectations, subpar performances, fitness issues, and a plethora of frustration. Hardik Pandya is currently in the midst of a lull, with cricket fans around the country perplexed by the situation. But why has the all-rounder seemingly hit such a wall?

Hardik Pandya, Team India’s leading all-rounder and someone who was considered to be the next Kapil Dev isn’t in the best of form.

Right from his debut, there were huge expectations from him as Team India had got a genuine pace bowling all-rounder after ages.

He was expected to deliver the way legendary Kapil Dev used to do in the past but things are definitely not on his side for the last few months.

So what’s going wrong with Pandya?

In the ODIs against Sri Lanka, he got out for a zero in the second ODI while he threw his wicket at the score of 19 in the third ODI.

In the first T20, he just scored 10 runs off 12 balls and was out of the last two games as he was kept in isolation.

His performance in IPL wasn’t impressive either. The first few games of Mumbai Indians were scheduled in Chennai, and he succumbed to the rank turning conditions of Chepauk.

Slow turning tracks have always been a challenge for him where he cannot freely play his attacking shots.

In the Sri Lankan conditions, he failed to deliver against good spinners like Hasaranga just like all other modern-alarday attacking batsmen.

Form and fitness is a concern

More than his batting, the fitness issues with his back that have prevented him from bowling has been a matter of bigger concern.

For quite some time, Team India waited for him to get fully fit to bowl but now the time is running really fast as the T20 World Cup is just a couple of months away.

Team India need to have a clarity on whether to consider him as an all-rounder or specialist batsman.

He did bowl in the Sri Lanka series but was nowhere close to being 100% fit for bowling. He relied more on cutters and his average pace was significantly low than what he used to have before the back injury.

Shakib Al Hasan is back at No. 1 in the ICC T20I allrounder rankings 🔝

There was a time when Team India relied on him for the complete 10-over spell and thus could play two genuine spinners in the side.

Right since he has been unfit to bowl, the Kul-Cha combination of Kuldeep and Chahal hasn’t got a chance to play together which has badly affected India’s wicket-taking ability in the middle overs.

This shows how crucial Hardik Pandya is for the team combination.

‘Need to find form and remains a bit more consistent’

In terms of batting, he needs to really understand the situation in each and every game.

He cannot just throw his wicket after a few dot balls and should focus on getting singles and keep the scoreboard ticking.

There have been instances in the past where bowlers got rid of him just after bowling a few dot balls as he ended up throwing his wicket to a rash shot.

The way he bats also dictates how the top 5 batsmen will bat. If he keeps on throwing his wicket, the top 5 will always be under a pressure of not playing their shots.

In a tournament like T20 World Cup, Team India cannot afford this and want the top order to score freely in each and every game.

In doing so, if they lose a couple of early wickets, the middle order should be good enough to control the innings till the 20th over.

Hardik will be a crucial part of all these strategies. If he finds his form and remains a bit more consistent, Team India will certainly look a much better combination.