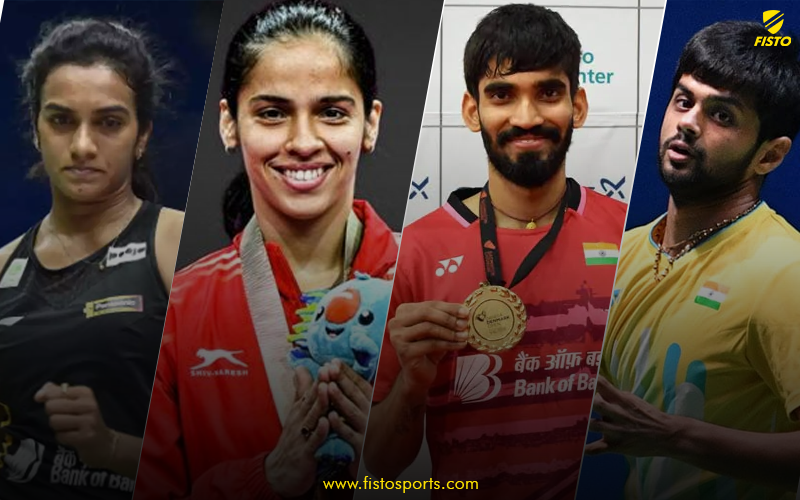 The revised qualification calendar for the Tokyo Olympics have been announced, we breaks down what it means for the Indian shuttlers.

There is now more clarity around the Tokyo Qualification regulations and rankings, after Badminton World Federation (BWF) announced a wave of big changes, including extension of the Olympic qualification period and updates on ranking points maintenance for the 2020 Tokyo Olympics that will see shuttlers get into the Games either by time or via ranking.

What does this mean for the Indian shuttlers?  Fisto sports weighs in.

Read: ‘Netflix and no chill’: Chirag Shetty on keeping himself busy during the covid-19 lockdown

Following heavy criticism from shuttlers, the Badminton World Federation (BWF) on Wednesday announced that the revamped 2020 calendar will not count towards Olympics qualification. Instead, an extended qualification period will be introduced early next year which will include tournaments that were postponed, cancelled or suspended due to the pandemic this year.

Also, the shuttlers will keep ranking points they earned during the original Olympic qualification period before the pandemic forced the Games postponed.

1. All ranking points earned at tournaments completed during the original Olympic qualification period will be maintained under the Race to Tokyo ranking list.

2. An extended Olympic qualification period will be introduced from Week 1-17 in 2021 and includes the select number of tournaments that were postponed, cancelled or suspended due to COVID-19.

3. These eligible tournaments within the new qualifying period must be completed by Week 17 in 2021.

4. Tournaments rescheduled for the end of 2020 outlined in the revamped BWF Tournament Calendar 2020 released last week will not count towards qualification. Only the 2021 editions of each tournament.

5. Such eligible tournaments within this new qualifying period should preferably take place in the same corresponding week from 2020 to 2021.

6. If this is not possible, BWF will allow sanctioning on another date within Week 1-17 in 2021 subject to approval.

7. Players from China and Hong Kong China will be eligible to earn points from the 2021 Badminton Asia Team Championships as representatives from those Member Associations were not able to participate in the 2020 Badminton Asia Team Championships in Manila due to COVID-19 travel restrictions imposed on athletes from those nations and territories by the Government of the Philippines.

What do the new standards mean for the Indian shuttlers?

Figuring out how much effect the new standards will have on the Indian Shuttlers is tough. The answers at this point range from “good” to “not so good.”

The effect will be more pronounced this time around as the update means some Indian shuttlers face difficulties and few are in the perfect position to qualify. Rio 2016 silver medallist PV Sindhu, who is currently ranked seventh with 70,754 points is in prime position to make the Tokyo Olympics cut along with B Sai Praneeth, who is currently sitting 13th with 51,527 points.

Both will only need to play a few remaining tournaments to hold their place until the cut-off date of April 25, 2021.

Some Indian shuttlers take comfort in the fact that there is some light at the end of the tunnel. As the star duo of Chirag Shetty and Satwiksairaj Rankireddy are close to sealing a Tokyo Olympics berth is in the men’s doubles.

The pair is currently sitting in ninth place in the ‘Race to Tokyo’ table with 57,500 points, and the update holds the duo in good stead.

“The planning doesn’t change at all. For us, it was the right decision,” stated Chirag Shetty as quoted by the Olympic Channel.

“Everyone had been working hard in the past year before everything stalled with a month and a half left in the qualification period,” he pointed out.

“Our target primarily is to get into the top eight so that we get a better draw at the Tokyo Olympics,” the 22-year-old Indian badminton player said.

The duo needs to play three or four major tournaments to confirm the ticket to Tokyo Games. On the other hand, London Olympics bronze medalist Saina Nehwal and former World No. 1 Kidambi Srikanth's qualifying chances has taken a blow as ranking points earned in the initial 1-year qualification period will be retained.

Tokyo 2020 would have been Saina Nehwal fourth and probably final Olympics. Now she’s is not sure her Olympic career is over.

Saina Nehwal and Kidambi Srikanth were in danger of not qualifying for the Tokyo Olympics as they were lowly ranked on the BWF Road to Tokyo rankings.

As of May 27, Saina Nehwal is well outside the qualification mark as she is ranked 22 while Kidambi Srikanth is ranked 22 on the men's singles list.