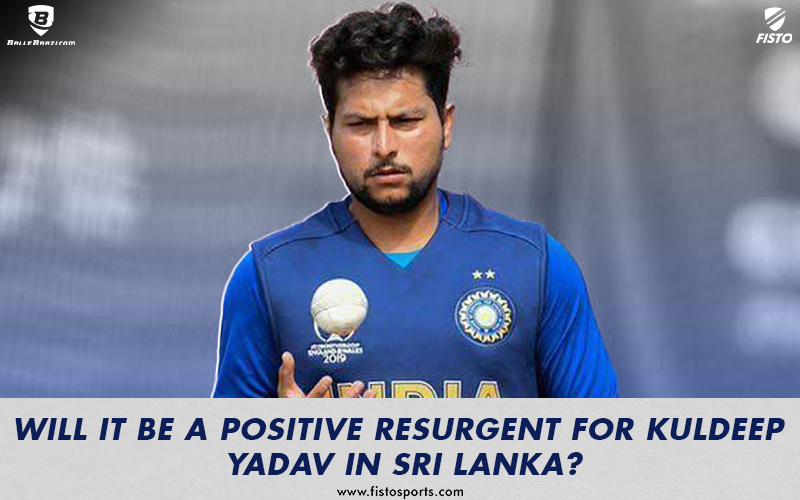 Kuldeep Yadav, India’s first-ever Chinaman Bowler, a very rare species to be found in world cricket is on a downslope in his career.

While during the 2017-2019 period, he was a go-to man for Team India in the limited-overs format, now he’s big even getting games for his IPL franchise.

Things have drastically changed after the 2019 World Cup where India lost the Semi-final.

While earlier he was a by default selection, now he hardly gets games for Team India.

Ravindra Jadeja’s sublime form has made things even more difficult for Kuldeep and has costed his place in the XI.

On the other hand, while Hardik Pandya was regularly giving 10 overs, it was easier for team management to play genuine spinners in the form of Kuldeep Yadav and Yuzvendra Chahal.

Pandya’s injury has pushed India to play at least one spinner who can bat rather than playing two genuine spinners.

At the same time, both Kuldeep and Chahal have acknowledged the fact the MS Dhoni’s absence have costed them a lot as his guidance from behind the stumps was crucial.

All these factors combinedly have brought Kuldeep to a position where he has to again prove his worth for the team.

For the last two years, he has only got a handful of games but the series against Sri Lanka will allow him to prove himself as a lot of senior pros are not with the team.

So, what can go into Kuldeep’s favor in this series?

Ravindra Jadeja is with the test team in England and so are the senior pacers of this team. This might allow the team management to give Kuldeep enough opportunities to prove himself.

After a huge gap, Kuldeep and Chahal can play together and thus can set up batsmen in tandem.

Today's pitch seems much better for batting than the strip used two days ago.

Sri Lanka will have to score 320+ to defend on this surface.

Normally, you don’t see very high scoring games in Sri Lanka which means spinners won’t be under huge pressure like they are in flatter conditions. Kuldeep will certainly enjoy these conditions.

In the T20 World Cup 2014, which was held in Sri Lanka, Team India constantly played three spinners and could do the same this time as well.

In the last 2-3 years, Sri Lankan batting has been constantly under pressure and have collapsed on a number of occasions.

With the ban on Niroshan Dickwella, Kusal Mendis and Danushka Gunathilaka, things will become even tougher for their batting lineup.

Basically, this could be a make-or-break series for Kuldeep Yadav. The absence of senior bowlers can be a huge blessing for him.

His numbers are always exciting. 105 wickets in just 63 ODIs and 39 wickets in 20 T20Is speak volumes of his talent.

The biggest problem for him is the lack of opportunities in the last two years which has led to his downfall. He’s constantly in and out of the team.

He hasn’t got enough opportunities to prove himself in the recent times both for Team India and Kolkata Knight Riders.

The presence of Varun Chakravarthy and Sunil Narine kept him out of a few games. The inclusion of Shakib Al Hasan has added insult to the injury.

Kuldeep Yadav might never get an opportunity like this again and it would be really important for him to perform consistently against Sri Lanka.

The team management should also give him as many games as they can to see if he can be a part of the T20 World Cup squad.

His recent performance might not be that good but we need to consider the fact that he’s not getting consistent opportunities to prove himself.

Kuldeep is a rare talent, who has an ability to run through any batting lineup on his day. This guy needs to be taken care of by the team management.